Arriving in the Wake of Greenhouse Effect Vol. 3, An Intricate Concept Album About Magical Cannabis and “The University of College,” “All Add Up” Is a Soulful and Contented Reflection On Asher’s Artistic Path 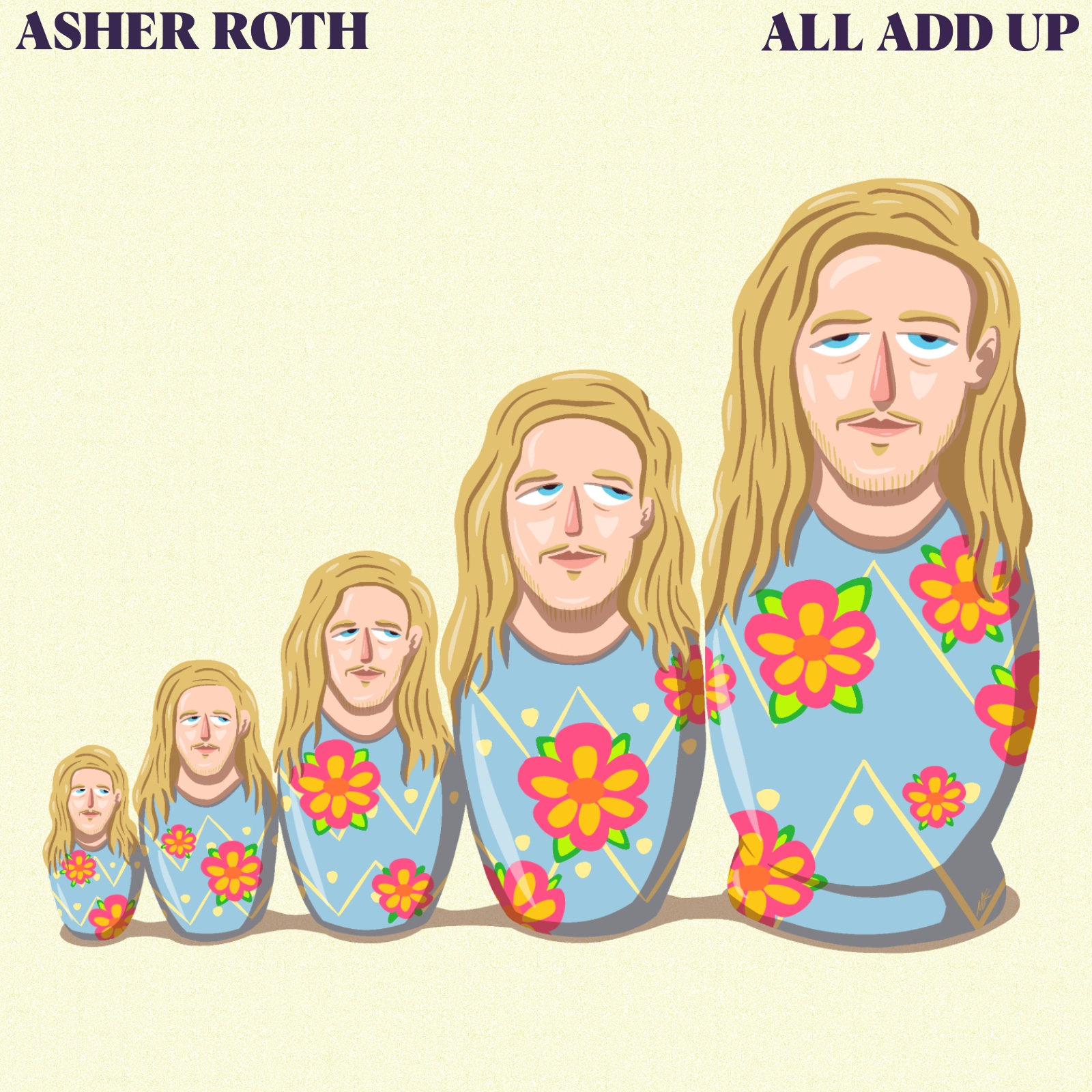 “Residing in North Philadelphia, Roth, 34, has been an integral part of the underground arts community, working in a collaborative effort to create Sunflower Hill, the bunker-like arts space along a corridor of Cecil B. Moore Street that has become a hub for artists, musicians, writers and others to showcase their skills to the community. He’s also been an outspoken critic of the rampant development and subsequent gentri-fication and has strived to use the space as a tool to bridge the divide between residents, old and new” – Philadelphia Weekly

On a superstar trajectory before retreating within himself and going his own way, Asher Roth knows that success is about more than what meets the eye. Reflecting fondly upon his winding career, Asher shares “All Add Up,” a soulful new single. Rhyming atop a hummable bassline, liquid electric keys, and soothing chirps of organ, Asher calmly recounts the whirlwind of his 20’s, brushing aside the surface-level accolades and instead choosing to cherish his memories of experiences that very few get to enjoy, from stage diving in Norway with Mac Miller, to rapping with Mos Def in Las Vegas, to gracing the cover of the XXL Freshman issue.

In his closing verse, Asher indulges in his passion for education, doling out words of wisdom that any artist with A-List ambition would be wise to take heed: “If you wasn’t you, would you wanna hang with you?/Do you speak the truth, give respect when it’s due/Showin’ love to all the elder ones who came before you.” The soulful hook lays out Asher’s philosophical approach to music and life, delivering a clear-minded assertion that everything works out in the end if one is true to oneself.

“All Add Up” arrives in the wake of The Greenhouse Effect Vol. 3, his recently-released, highly-collaborative new album. Continuing a series that started under DJ Drama‘s Gangsta Grillz moniker, Greenhouse Effect Vol. 3 finds the Philadelphia native rediscovering his love for the art of rapping, weaving a complicated “rap opera” storyline around beats created by fans via Discord. Delivering a detailed plot about magical cannabis and “The University Of College,” GEV3 is playful, and endlessly creative, complete with clever wordplay, vivid storytelling, allusions to Asher’s previous work, and helpful plant-growing advice.

Though his biggest hit reflected the perspective of a student, Greenhouse Effect Vol. 3 bursts with Asher’s passion for teaching, talent for artist development, love for collaboration, and belief in the importance of self expression. Asher’s allegiance to education and artist development have manifested as Sunflower Philly, an outdoor venue and community space in the heart of Philadelphia. Encouraging music and art while focusing on environmental programs and sustainability, Sunflower Philly allows Asher to use the industry experience he’s accumulated and apply it to making a better and greener world.

His two worlds converged at Sunflower Philly, which recently hosted a listening party for the GEV3 project, where Asher met many of the producers for the first time. The artist, entrepreneur, and educator recently shared two behind-the-scenes videos that showcased the artistic bond and human connection he was looking to foster while crafting the project, continuing Asher’s determination to mentor the young producers and guide them through the more arcane and daunting aspects of the industry.

“All Add Up” and The Greenhouse Effect Vol. 3 is available everywhere via RetroHash, Asher’s own boutique record label.

Buy/Stream “All Add Up”: https://asherroth.ffm.to/alladdup 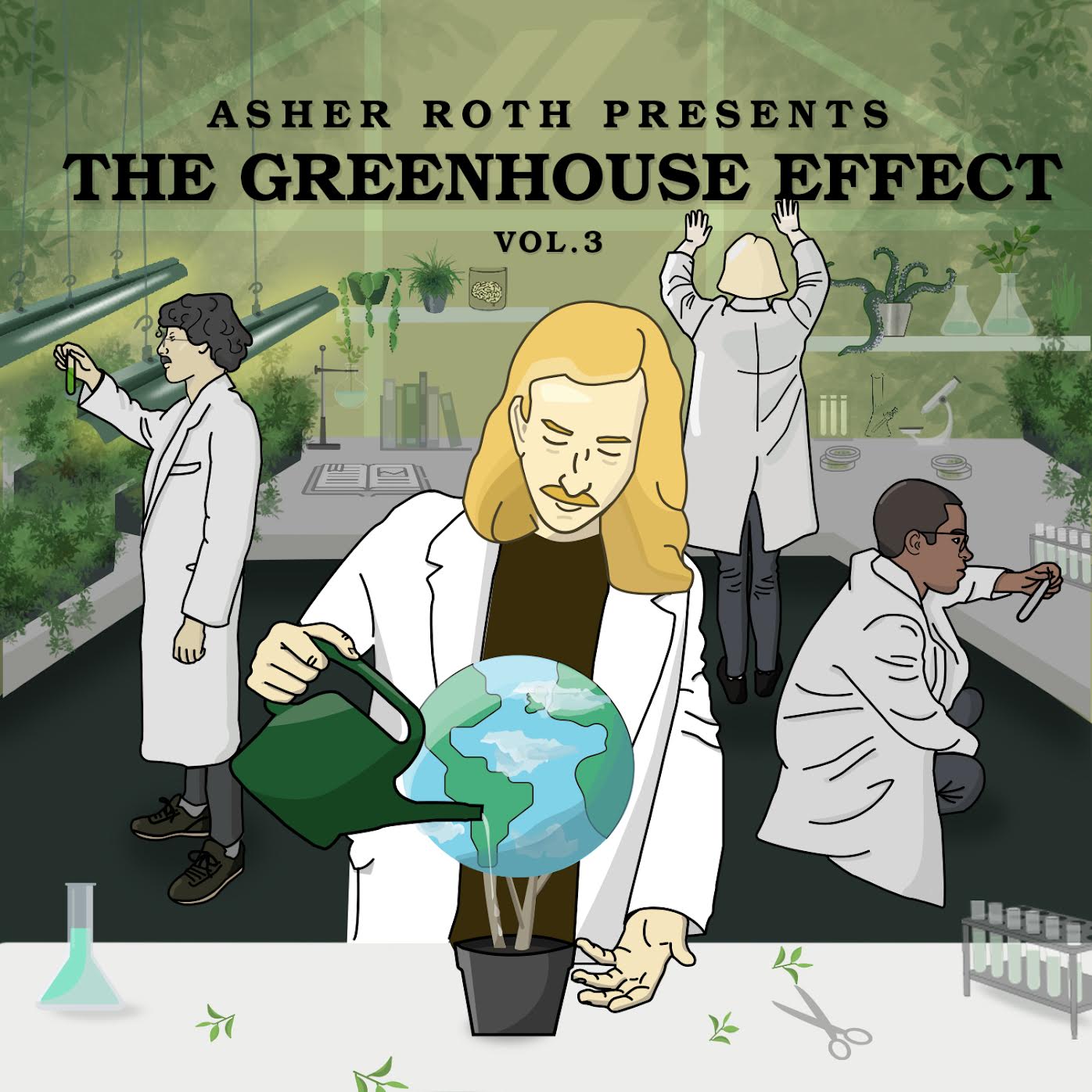 More than a decade after releasing his debut album Asleep In The Bread Aisle, Asher Roth has settled into a creative and productive life as a musician, activist, and entrepreneur. He designs his own merch, and founded RetroHash, his own record label, on which he released his 2020 album Flowers On The Weekend. He’s an outspoken activist in favor of marijuana legalization, and has a plan to enhance music education in his hometown of Philadelphia with special programs and projects. Asher helped found Sunflower Philly, a slice of natural life in the heart of Philly that acts as a community-first venue for art, music, events, and more. The artist recently released The Greenhouse Effect Vol. 3, a new mixtape. his recently-released, highly-collaborative new album. Continuing a series that started under DJ Drama’s Gangsta Grillz moniker, Greenhouse Effect Vol. 3 finds the Philadelphia native rediscovering his love for the art of rapping, weaving a complicated “rap opera” storyline around beats created by fans via Discord.