Ari Lennox, Noname, Mereba, Sango, Dreamer Isioma, and Pink Siifu to Perform, Along with a Host of Local Acts

The First-Ever AFROPUNK Live Event in the Midwest, Planet AFROPUNK Live: Minneapolis Launches on June 18th with Panels and Community Action Events Hosted Across the City and Continues on June 19th with Performances at Sheridan Memorial 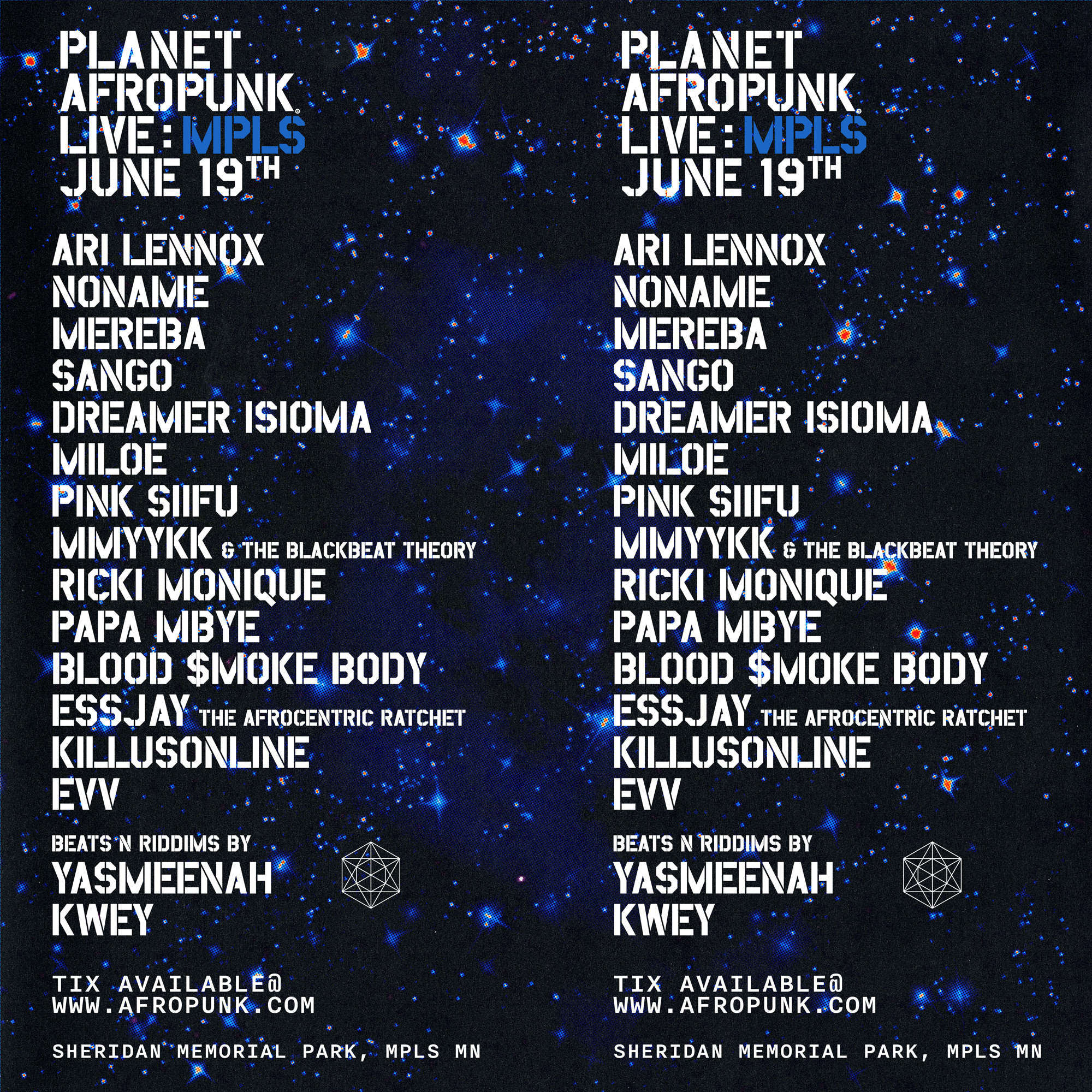 AFROPUNK’s widening array of live events and experiences aim to build community through joyous expression, thought-provoking discussion, and celebratory musical performances. Today, AFROPUNK announces the lineup for Planet AFROPUNK Live: Minneapolis, the first-ever AFROPUNK live experience in the Midwest. The upcoming live experience starts with a series of panel discussions designed to explore the connection between art and activism and promote community healing, before transitioning toward a celebration of life, music, food, and culture on the second day. With a lineup of performers that includes Ari Lennox, Noname, Mereba, Sango, Dreamer Isioma, Pink Siifu, and some of the best rising acts in the Twin Cities, Planet AFROPUNK Live: Minneapolis happens on June 18th-19th, with panels/events across the city on June 18th and performances on June 19th in Sheridan Memorial Park.

Minneapolis has a rich history as a hub of music and culture in the Midwest. The city is famously the home of Prince–the central figure of a bustling scene commemorated in his song “Uptown”–and birthed colossuses of funk like Jam & Lewis, Morris Day, and many others. Planet AFROPUNK Live: Minneapolis hopes to celebrate the city’s bustling community of Black creators and activists, and to affirm and support a community that still ails from tragic loss. The people of Minneapolis rise up in the face of oppression, and AFROPUNK is dedicated to creating an experience of joy and celebration, while acknowledging and creating dialogue around the struggles faced by the community at large.

In conjunction with the live experience, AFROPUNK announces a partnership with High School For Recording Arts, a local high school often called “Hip Hop High,” which was founded by former Prince band member David T.C. Ellis, specializing in developing the next generation of musical talent. Students from the school will have an opportunity to host panels and show off their talents during the first day at a special showcase.

In addition to the talented lineup of performing artists, Planet AFROPUNK Live: Minneapolis offers an exciting array of unique activations to entertain and enlighten attendees between sets. AFROPUNK hosts the Spinthrift Market, a shop market full of talented makers, selectors and curators from the Twin Cities region, and AFROPUNK’s Bites ‘n Beats, which provides event goers an opportunity to indulge in cuisines from renowned Midwestern chefs and local food trucks. Other activations include a live mural, early morning Yoga sessions, art galleries, and film screenings.

Planet AFROPUNK Live: Minneapolis continues a new era of AFROPUNK live experiences, allowing for all elements of a local culture to be expressed freely and fully. AFROPUNK announced earlier this year its plans to expand its live footprint, and the Minneapolis Live Experience follows in the wake of Planet AFROPUNK Live: Miami, bringing performances from musicians like Rema and Skillbeng alongside panels, activations, food, and more.

Tickets for Planet AFROPUNK Live: Minneapolis go on sale on Thursday April 21st at 9am ET. 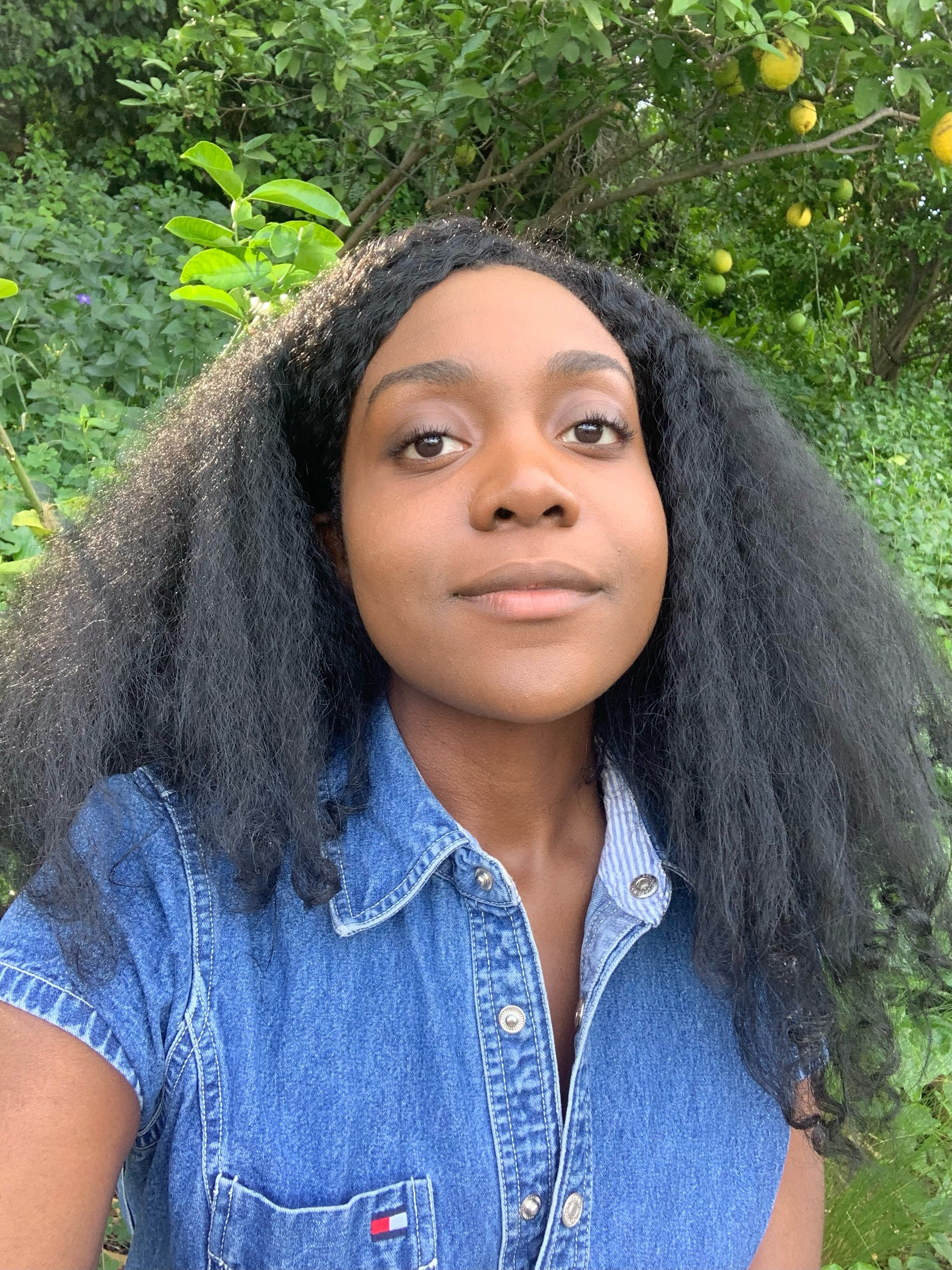 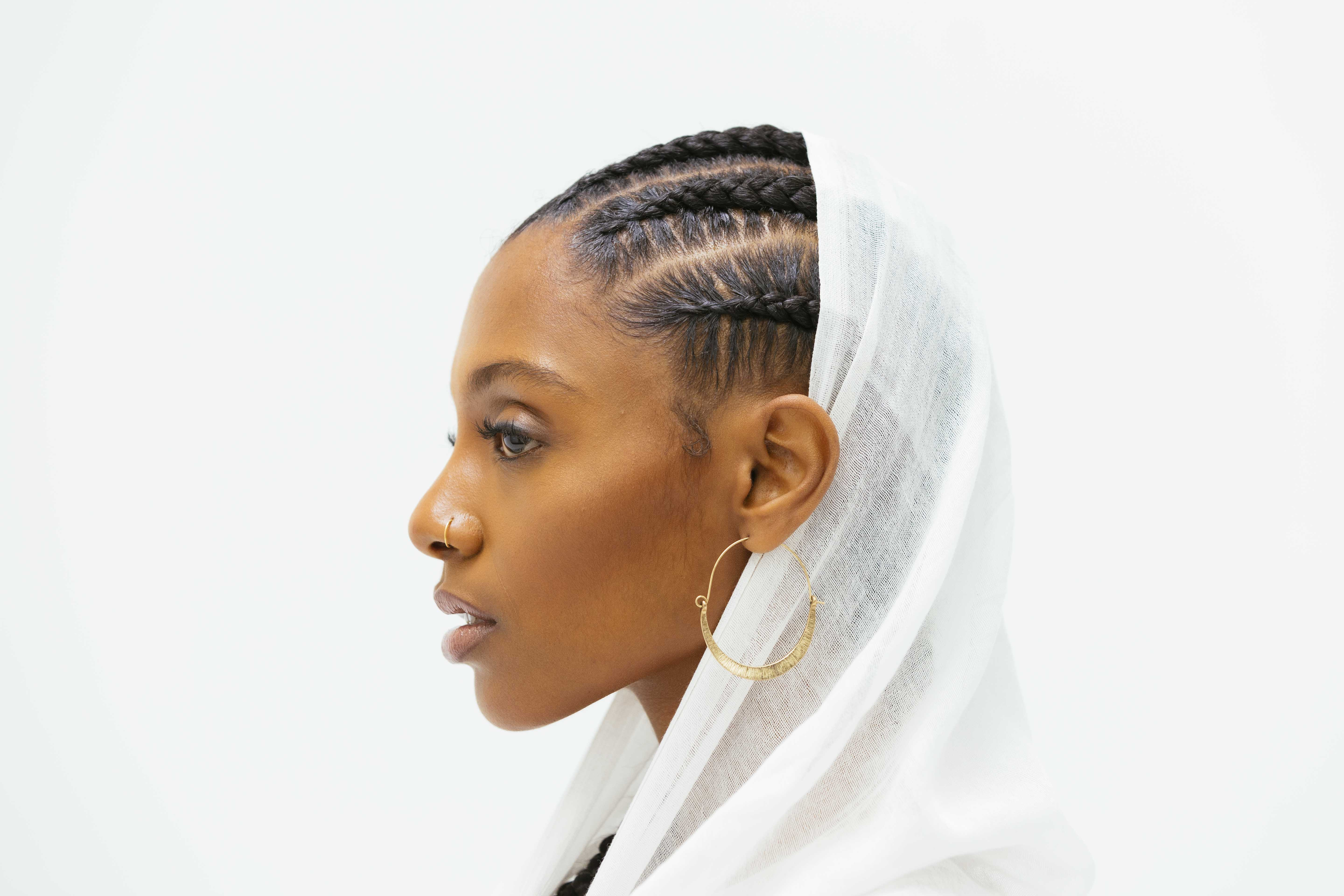 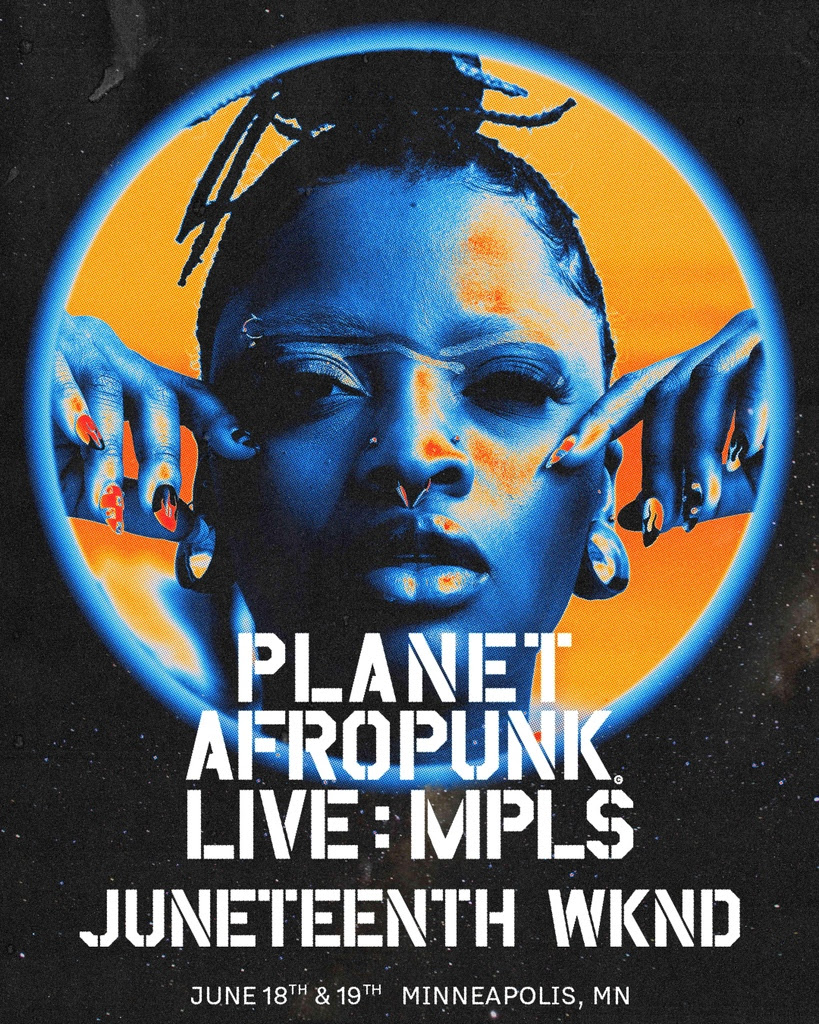 About Ari Lennox:
There’s something undeniably profound about great voices. From the beginning, talented singers and their melodic gifts have served as soundtracks to our lives. Dreamville’s Ari Lennox is no different. The D.C.-born singer-songwriter experienced an incredible 2019, complete with her debut album, Shea Butter Baby. The video for the duly titled platinum single, “Shea Butter Baby,” alongside label head and marquee artist, J. Cole, has surpassed 50million views on YouTube alone. Surpassing 1 billion global streams, Shea Butter Baby also spawned the singles “Up Late” and “BMO,” which Ari performed on Jimmy Fallon in June 2019. The intimate video for “Up Late” received nods from several major outlets, including ESSENCE, Noisey, Pitchfork, and Billboard. Ari supported the album by headlining her sold-out Shea Butter Baby Tour before joining Lizzo’s Cuz I Love You Too Tour. Ari has been a frequent name on the awards circuit, receiving a Grammy nomination for her contribution on Dreamville’s album, Revenge of the Dreamers III. Ari was nominated for three 2019 Soul Train Awards, two 2020 NAACP Awards. The singer/songwriter returned with her fresh new single, “Pressure,” produced by an all-star cast of Jermaine Dupri, Bryan Michael Cox and Johnta Austin. The Chandler Lass-directed video reached over one million views within 24 hours and is Ari’s first Billboard Hot 100 entry (currently at #66), #1 record at Adult R&B Radio, top 10 at Urban Radio accumulating over 74 million streams.

About Mereba:
Mereba is a multifaceted artist with the life story of a rolling stone. Her unique blend of r&b, folk, and hip hop makes space for a new voice found in this wise young storyteller. She released her groundbreaking debut album, The Jungle Is the Only Way Out, in February 2019 and featured appearances from 6LACK and J.I.D. The acclaimed project earned praise from Vogue, Pitchfork, Billboard, Earmilk, Hypebeast, and Ones to Watch, who noted that “Mereba has pushed the boundaries of R&B and established herself as a voice of the future.” She also appeared on Dreamville’s now-platinum Revenge of the Dreamers III in 2019, which earned her her first Grammy nomination in 2020, and on Spilligion, the 2020 album by the Atlanta-based Spillage Village collective.