AFROPUNK Hosts Its First-Ever Takeover of a Performing Arts Center, Celebrating Black Women and Their Contributions to the Arts 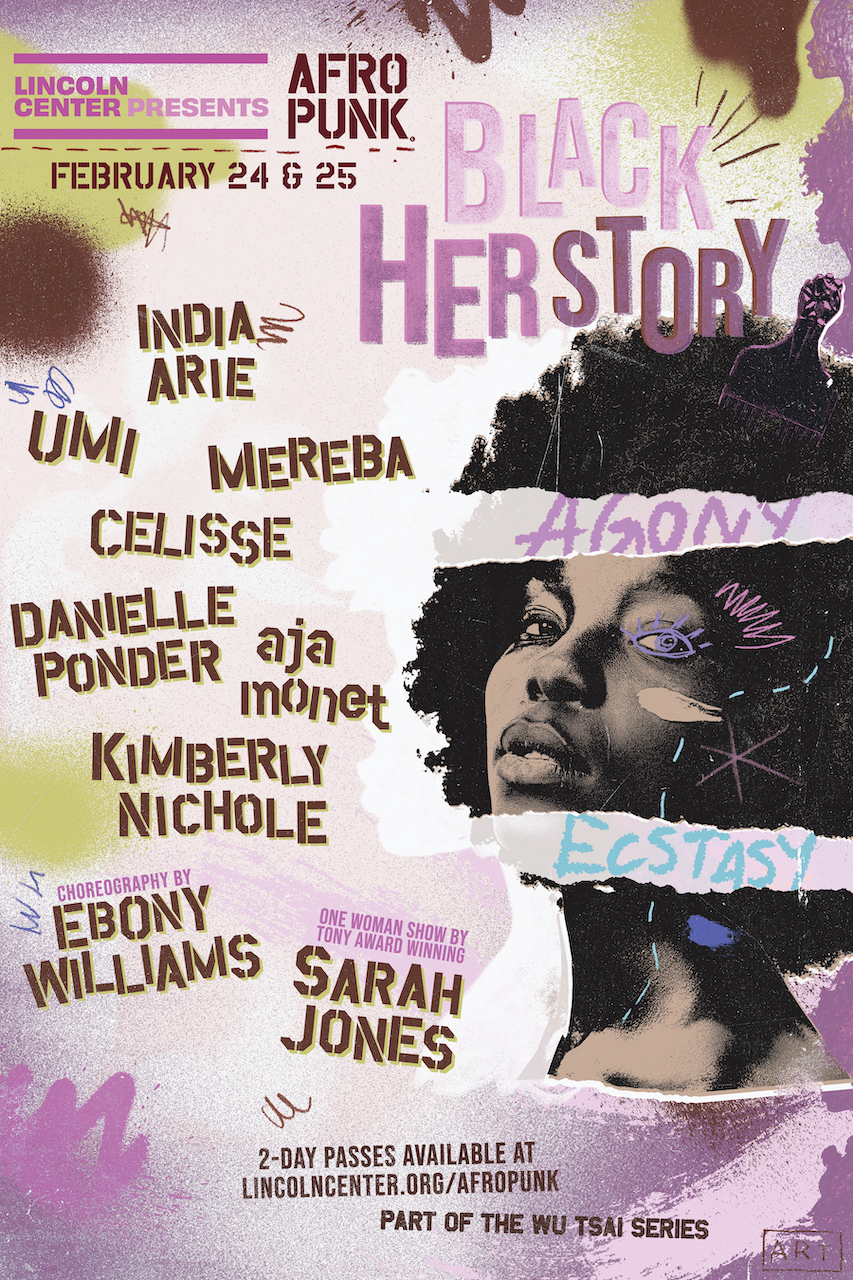 Together, along with more talent to be announced in the coming weeks, these Black women will create an immersive multidisciplinary experience that includes music, visual art, poetry, dance, performance art, and much more, honoring and celebrating Black women throughout history.

As it continues to redefine the multicultural experience, AFROPUNK has expanded its reach and its mission to include a wide variety of events, partnerships, documentaries and programs that aim to uplift, educate and create space for marginalized communities. This latest partnership with the Lincoln Center is the epitome of the AFROPUNK ethos. Each activation will educate, entertain, and inspire.

AFROPUNK has also established a legacy as a safe space for Black alternative culture, offering a haven for attendees to show up as their most authentic selves. The end result of which is always a stunning community of people who respect, admire, and care for one another; it’s an experience unlike any other.
AFROPUNK creates an anchor for its growing audience of multicultural youth through its annual music festival and other events in Brooklyn, Miami, Minneapolis, Paris, London, Atlanta, Johannesburg, and more.

Now, with the new partnership with Lincoln Center, the global brand seeks to remind New York why it’s one of the most vital and vibrant cultural institutions in the city and beyond.

Stay tuned to AFROPUNK on socials and text “AFROPUNK” to 718-550-6268 to stay in the loop for more announcements. 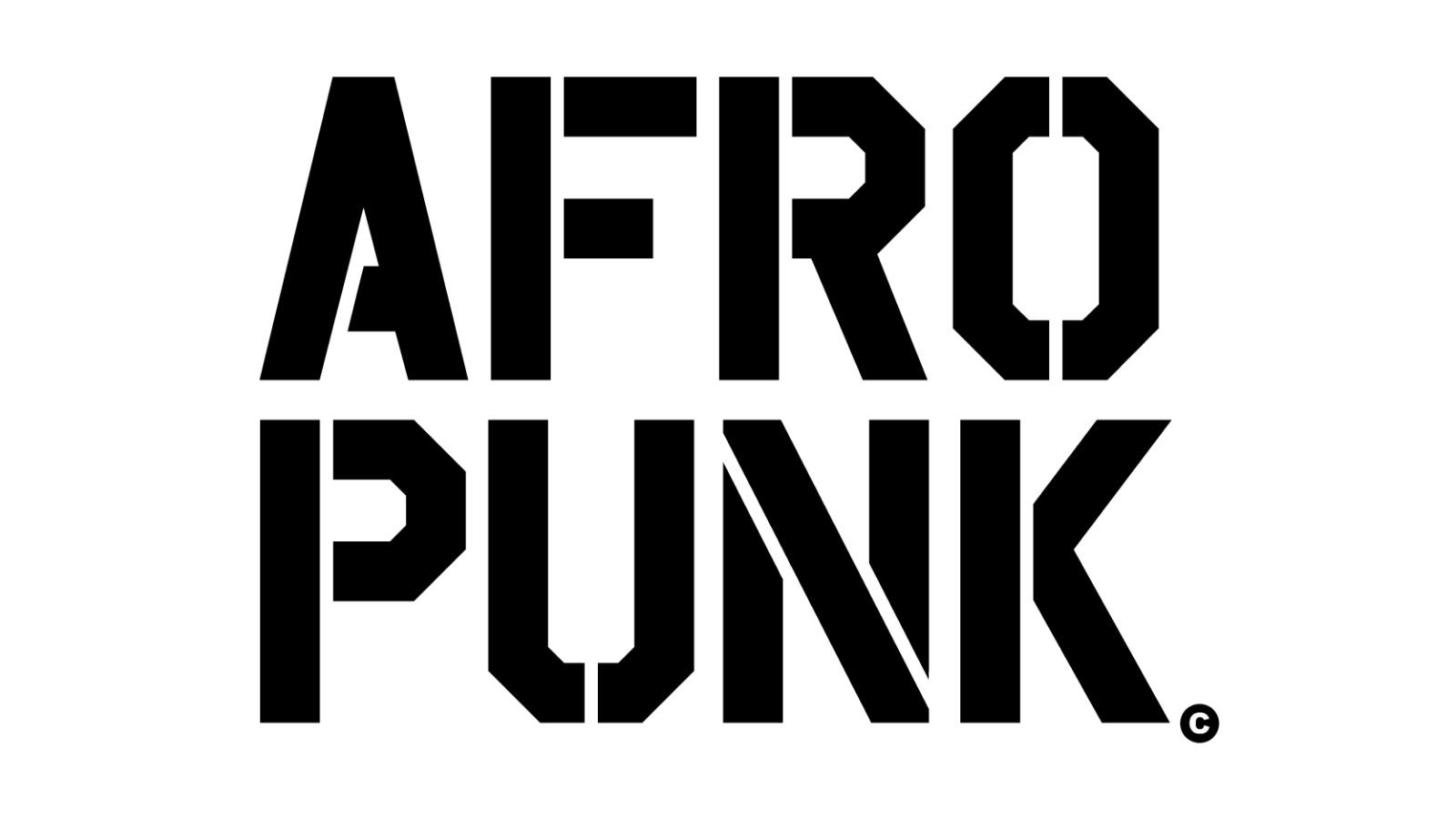 India.Arie is an acclaimed singer and songwriter. She has won four Grammy Awards from her 23 nominations, including Best R&B Album. Her album Acoustic Soul debuted at number ten on the U.S. Billboard 200 and number three on the Top R&B/Hip-Hop Albums. Within months Acoustic Soul was certified double platinum by the Recording Industry Association of America. The lead single, “Video” attained commercial success peaking at 47 on the US Billboard Hot 100 and becoming her highest-charting song in the region to date.

Sarah Jones is a Tony® Award-winning solo performer, writer, comedian and activist that has been  called “a master of the genre” by The New York Times. She recently made her debut as a director with Sell/Buy/Date, in which she also stars. The film, executive produced by Oscar winner Meryl Streep, world premiered at the SXSW film festival as an opening night selection.Jones is mainly known for her multi-character one-person shows, including Broadway hit Bridge & Tunnel, originally produced by Streep, and the critically-acclaimed play Sell/Buy/Date, which inspired the film. She has also appeared in various film and TV projects, including co-starring (along with Elisabeth Shue, Giovanni Ribisi, and Julie Delpy) in the Netflix series, On the Verge. Renowned as “a one-woman global village,” Jones has given multiple main-stage TED Talks garnering millions of views, performed for President and First Lady Obama at the White House, and gave a performance at The World Economic Forum in Davos, Switzerland as the first artist on its stage normally reserved for heads of state.

aja monet is a surrealist blues poet, storyteller, and organizer born and raised in Brooklyn, NY. She’s a recipient of the legendary Nuyorican Poets Cafe Grand Slam poetry award. Her first full collection of poems is titled, My Mother Was a Freedom Fighter on Haymarket Books. Her poems explore gender, race, migration, and spirituality. In 2018, she was nominated for a NAACP Literary Award for Poetry and in 2019 was awarded the Marjory Stoneman Douglas Award for Poetry for her cultural organizing work in South Florida. Monet also co-founded a political home for artists and organizers called Smoke Signals Studio. She facilitates “Voices: Poetry for the People,” a workshop and collective in collaboration with Community Justice Project and Dream Defenders.

Mereba is a multifaceted artist with the life story of a rolling stone. Her unique blend of r&b, folk, and hip hop makes space for a new voice found in this wise young storyteller.

Kimberly Nichole has been slaying stages for over a decade. Her career catapulted when she became a Finalist and breakout star on Season 8 of The Voice where Christina Aguilera served as her mentor. Her show stopping performances received standing ovations from the coaches every week and even landed her on Billboard’s Top 100. Since then, she made her Broadway debut in the limited engagement of Rocktopia where The New York Times praised her performance in the show. And in 2019 she was cast as The Acid Queen in The Who’s ‘Tommy’ at the John F Kennedy Center of Performing Arts; Broadway Series.

Umi leads with peace. With this intention, the 23-year-old singer builds a space for healing in her music. Umi’s voice is a soft landing as her vocals gently call listeners to be reflective or embrace the range of their emotions. She’s been releasing music since 2017, including an earlier EP Introspection. Now she arrives with her debut album Forest in the City, after releasing the single, “Sorry.” Over 14 tracks, Umi offers an ode to returning to the abundant safe havens we all have within us.

Danielle Ponder is both empowering and a powerhouse. In 2020, NPR described her music as anthemic while compassionate; soulful, while bold and strong. For 5 years, Danielle worked as a public defender where she provided criminal defense to the indigent community. While working as a public defender, Danielle also toured Europe and scored an opening spot with George Clinton. After five years as a public defender, she made the gutsy decision to pursue her No.1 passion — music. This year, she’s had appearances on Late Night with Seth Meyers, CBS This Morning, tours with Marcus Mumford, Amos Lee, St. Paul and the Broken Bones and Leon Bridges.

Celisse is a singer, songwriter, multi-instrumentalist, performer, and spoken word artist. Her deep and varied career has seen her in concert with many notable musicians such as Mariah Carey, Graham Nash, Melissa Etheridge and is a founding member of Trey Anastasio’s Ghosts of the Forest. In addition to her time on tour, she has performed alongside Kesha at the 60th annual Grammy Awards, Jon Batiste on NPR’s Tiny Desk Concert series, and played lead guitar for Lizzo on Saturday Night Live.

Ebony Williams is a renowned dancer and choreographer, known for her incredible work with artists like Beyonce, Rihanna, Doja Cat, Ciara, Alicia Keys and countless others. She was also featured in the Misty Copeland book, “Black Ballerinas, My Journey to our Legacy” book and in the Boston Globe as one of “Boston’s Black Female Success Stories.”

AFROPUNK is an integrated media platform and global music festival platform giving voice to the unwritten, unwelcome and unseen. AFROPUNK is redefining the modern multicultural experience through its mission to unleash freedom of expression and to honor the power of individuality while strengthening our community. AFROPUNK creates an anchor for its growing audience of multicultural youth through its annual music festival and other events in Brooklyn, Miami, Minneapolis, Paris, London, Atlanta, and Johannesburg, while continually enhancing engagement and promoting conversation through content, commerce, and community.

AFROPUNK brought its unique vibe back to where it all started with AFROPUNK Brooklyn 2022, its massively successful return to Commodore Barry Park. Its first Brooklyn event since 2019, AFROPUNK Brooklyn brought astounding headlining sets from Burna Boy and The Roots, plus performances by stars like Lucky Daye, Tierra Whack, Earl Sweatshirt, Doechii, and many more. AFROPUNK is more than a festival, it’s a celebration of life, music, food, and culture in the Black community.

About Lincoln Center:
Lincoln Center for the Performing Arts is the steward of the world’s leading performing arts center, an artistic and civic cornerstone for New York City comprised of eleven resident companies on a 16-acre campus. The nonprofit’s strategic priorities include: supporting the arts organizations that call Lincoln Center home to realize their missions and fostering opportunities for collaboration across campus; championing inclusion and increasing the accessibility and reach of Lincoln Center’s work; and reimagining and strengthening the performing arts for the 21st century and beyond, helping ensure their rightful place at the center of civic life.