Headlined by Burna Boy and The Roots, AFROPUNK Returns to Commodore Barry Park For The First Time Since on September 10th-11th, 2022

AFROPUNK to Present Stand Up Against Street Harassment Training During This Weekend’s Festival, Presented by L’Oreal and Hosted by Leyna Bloom 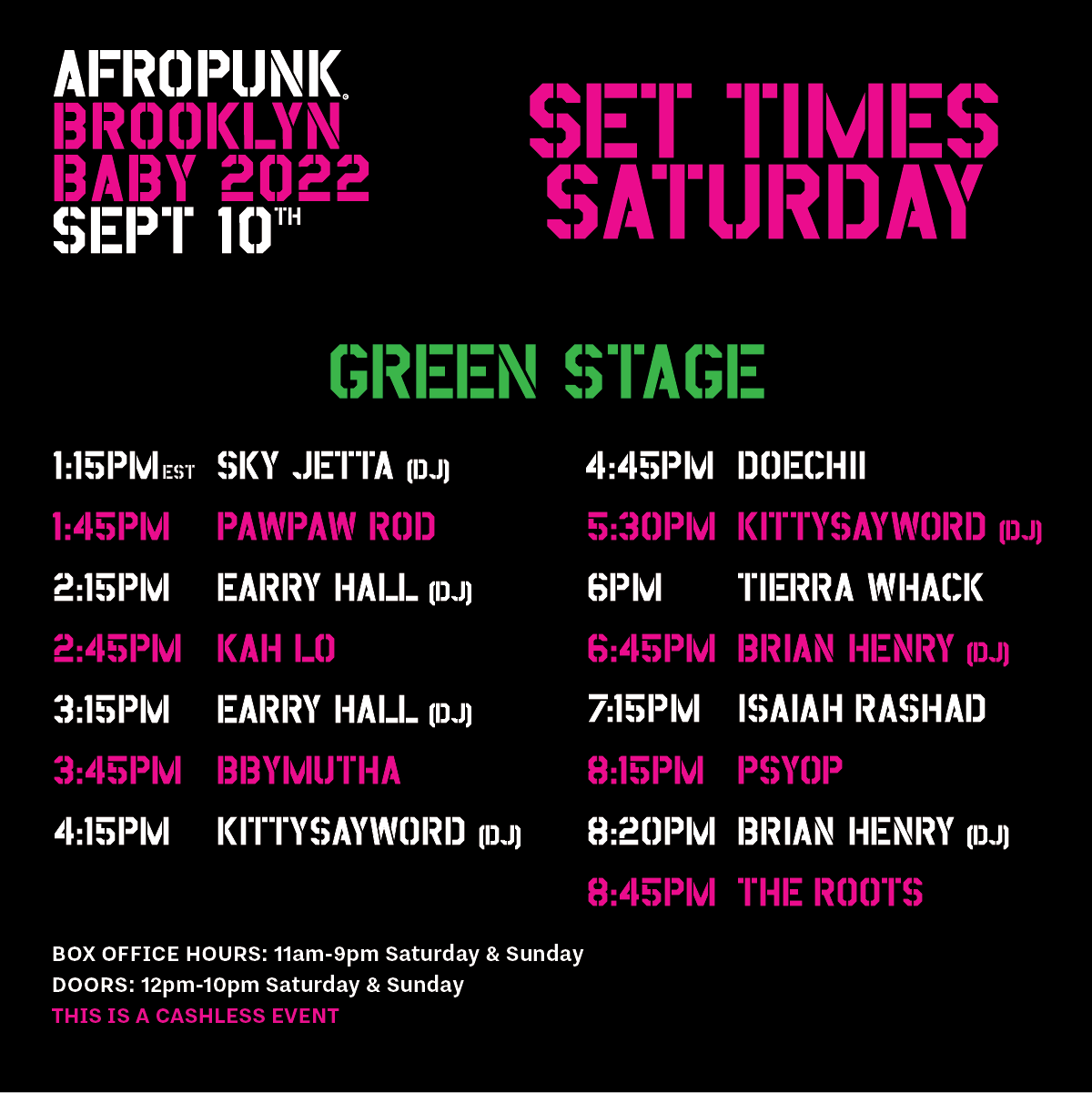 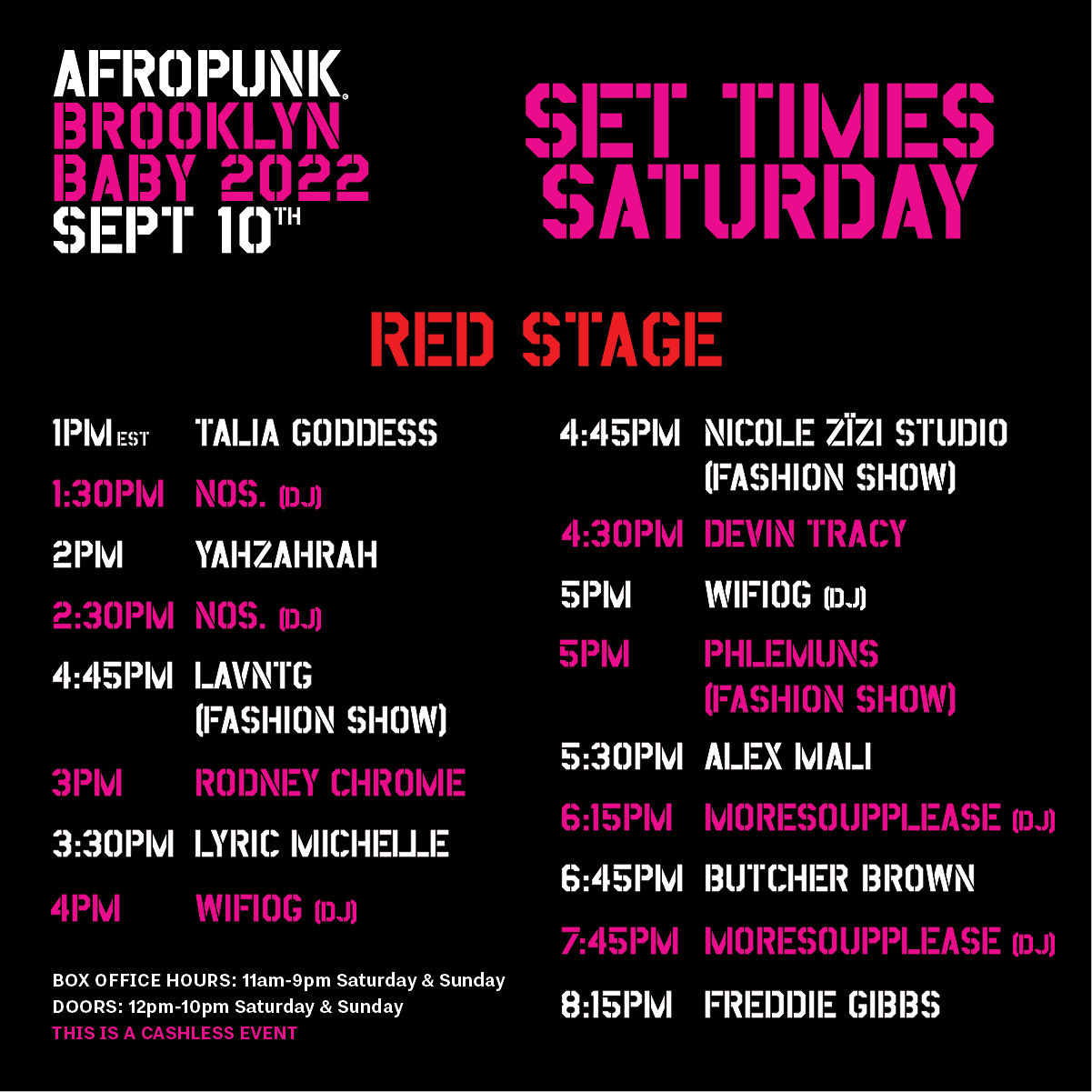 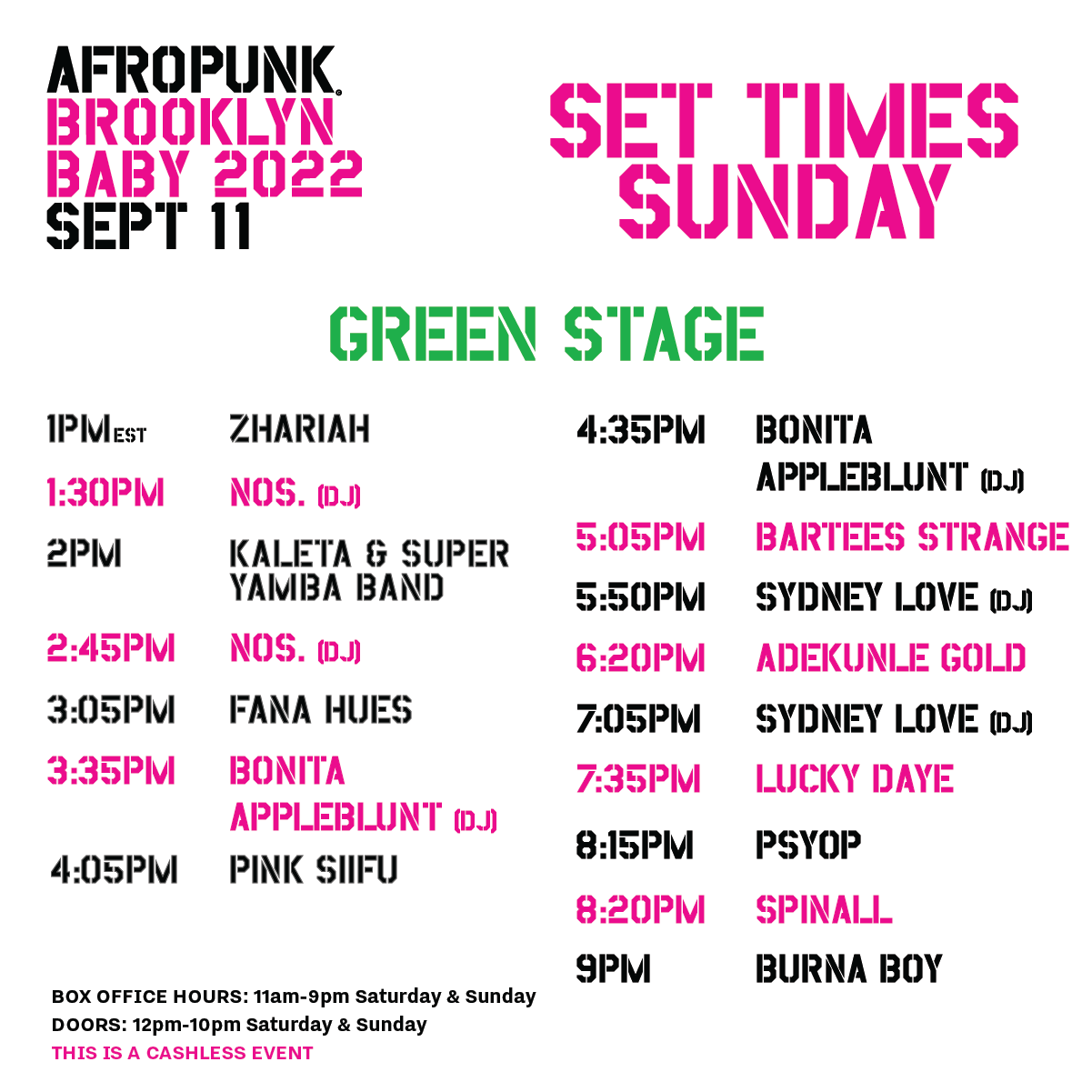 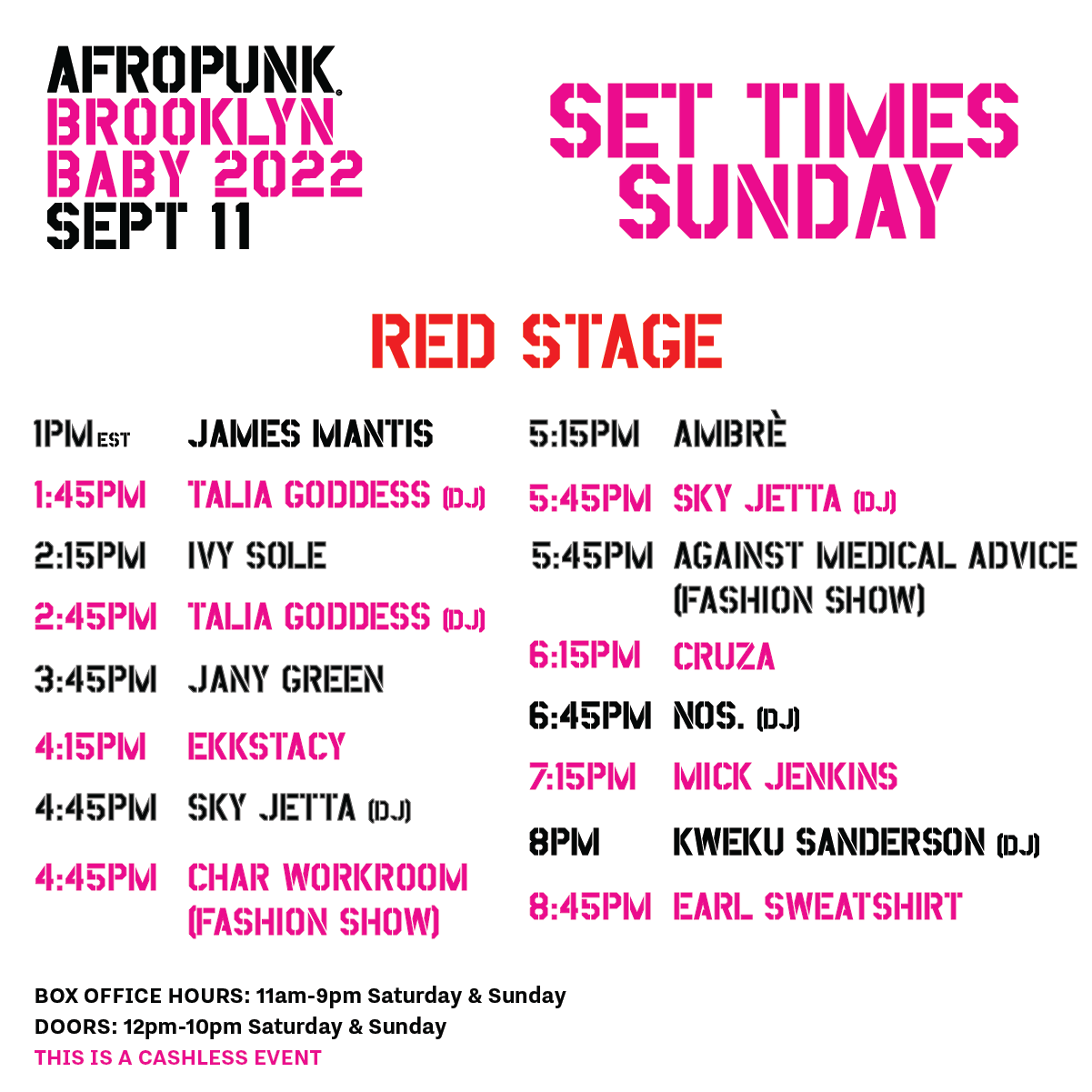 Saturday satisfies hip-hop lovers with headliners The Roots, plus performances from Isaiah Rashad, Freddie Gibbs, Tierra Whack, Doechii, and many more, while making time for the game-changing jazz of Butcher Brown. The wide-ranging Sunday brings the heat as Burna Boy brings the house down, Lucky Daye performs his hits, and a diverse crew of the most unique artists in music today, including Earl Sweatshirt, Adekunle Gold, Bartees Strange, Fana Hues, and many more, take the stage.

Today, AFROPUNK announces a new partnership with L’Oreal Paris’s Stand Up Against Street Harassment initiative to offer a street harassment awareness training session on stage during each day of AFROPUNK Brooklyn 2022. Hosted by model/actress Leyna Bloom, the first trans, Asian, and Black woman to be on the cover of Sports Illustrated, the Stand Up Against Street Harassment Training happens on the Main Stage at 5:45pm on Saturday and 5pm on Sunday.

Before the festival kicks off, AFROPUNK partners with New Voices Foundation and the National Medical Association for a series of Solutions Sessions focusing on the intersection between activism, art, and Black health. On Friday September 9th, AFROPUNK will livestream two separate sessions on the AFROPUNK Instagram on September 9th.

The first session is entitled “Disrupting Health Innovation,” showcasing the innovative products and services of several Black-owned companies in the healthcare space. Six founders will demonstrate how their companies challenge institutional racism in health, and what will be needed to dismantle racism in the space of entrepreneurship for Black health and well-being. Hosted by Marie Clark at the New Voices Foundation, “Disrupting Health Innovation” airs from 2pm-4pm.

The second session, “Decolonize and Reimagine Health: A Discussion,” discusses concrete steps toward dismantling racism in health and reimagining something different, while positing what would be needed to actualize this new Wakandian vision for health and well-being for folks across the African diaspora. Hosted by Aletha Maybank, SVP/Chief Health Equity Officer from the American Medical Association. and facilitated by “TikTok Doc” Joel Bervell, along with five other leading and influencer Black and Brown physicians, this discussion runs from 4:30pm-6pm.

AFROPUNK is more than a festival, it’s a celebration of life, music, food, and culture in the Black community. After hosting events in Miami, Atlanta, Bahia, and Johannesburg in recent years, and an event in Minneapolis this weekend, AFROPUNK feels great to be home. With AFROPUNK 2022, the global brand seeks to remind New York and the wider world why it’s one of the most vital and vibrant cultural events on the calendar. Stay tuned to AFROPUNK on socials and text “AFROPUNK” to  (718) 550-6268 to stay in the loop for more announcements.

Don’t miss the AFROPUNK x Brooklyn Museum ticket bundle, allow fans to access both the festival and “Virgil Abloh: “Figures Of Speech“ exhibit at a discounted cost not available anywhere else

ALREADY BOUGHT A TICKET? NO WORRIES
Receive 15% off weekday tickets by entering the code BrooklynBaby to purchase discounted tickets. The offer is valid through September 16th. You can buy that ticket here. 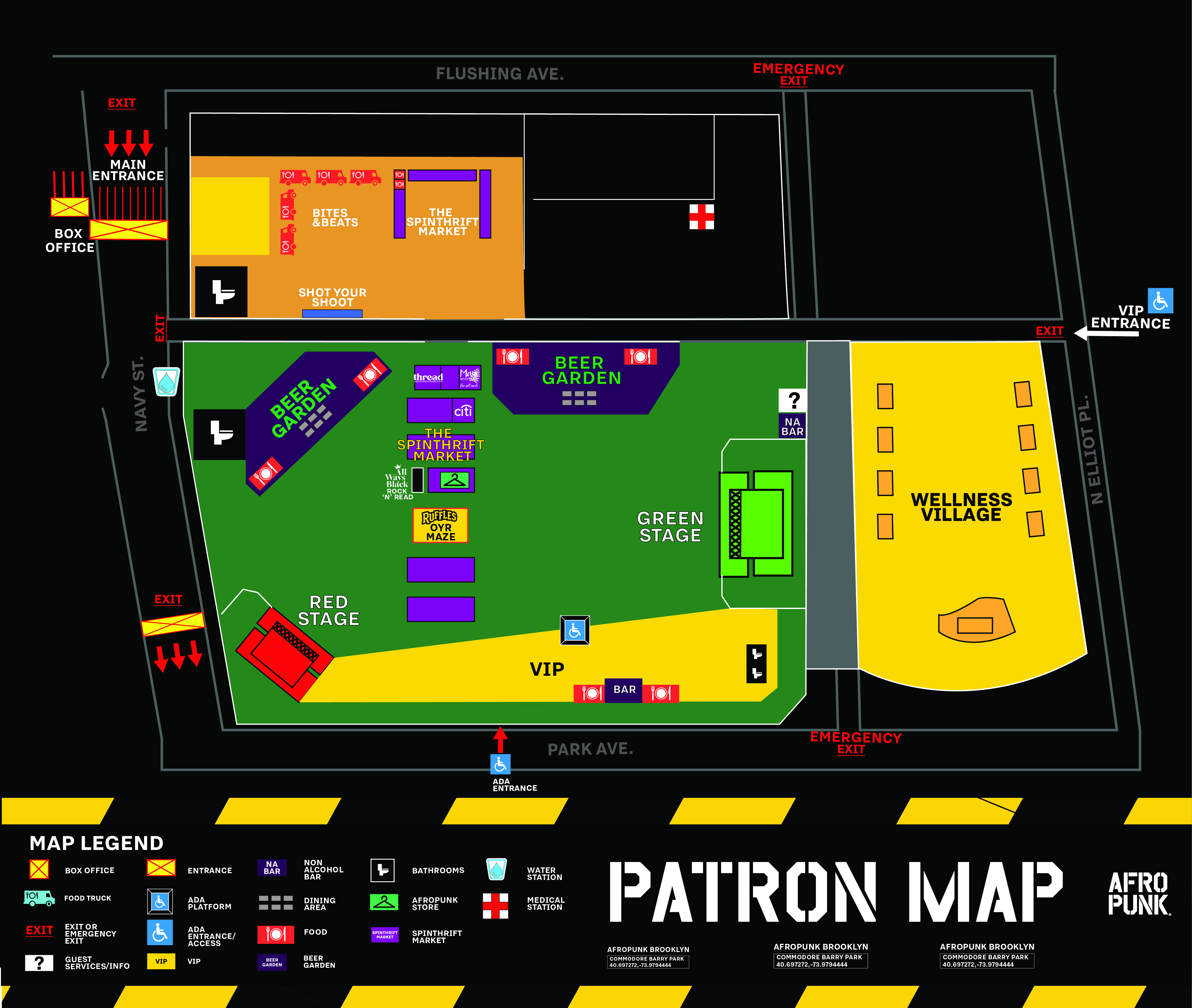 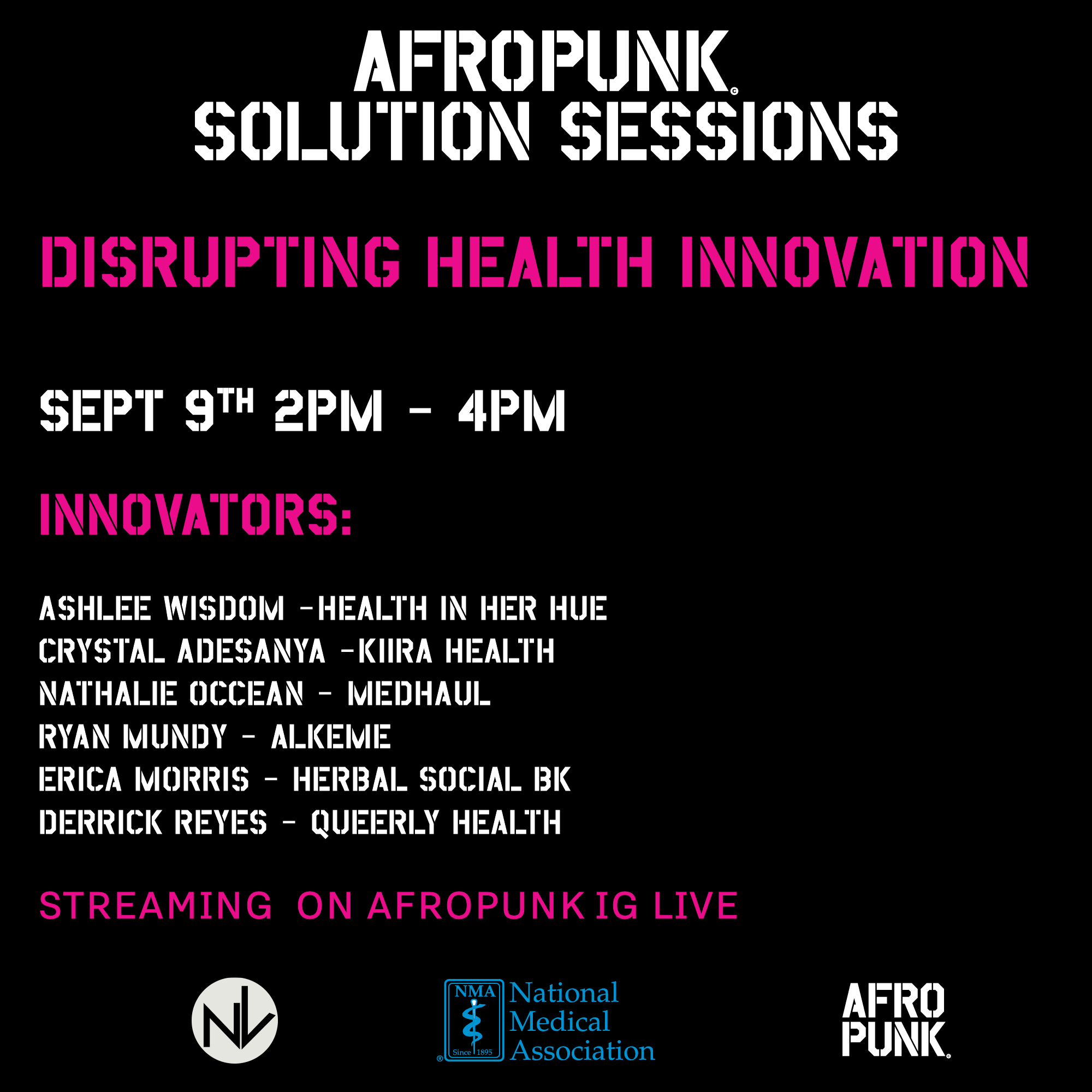 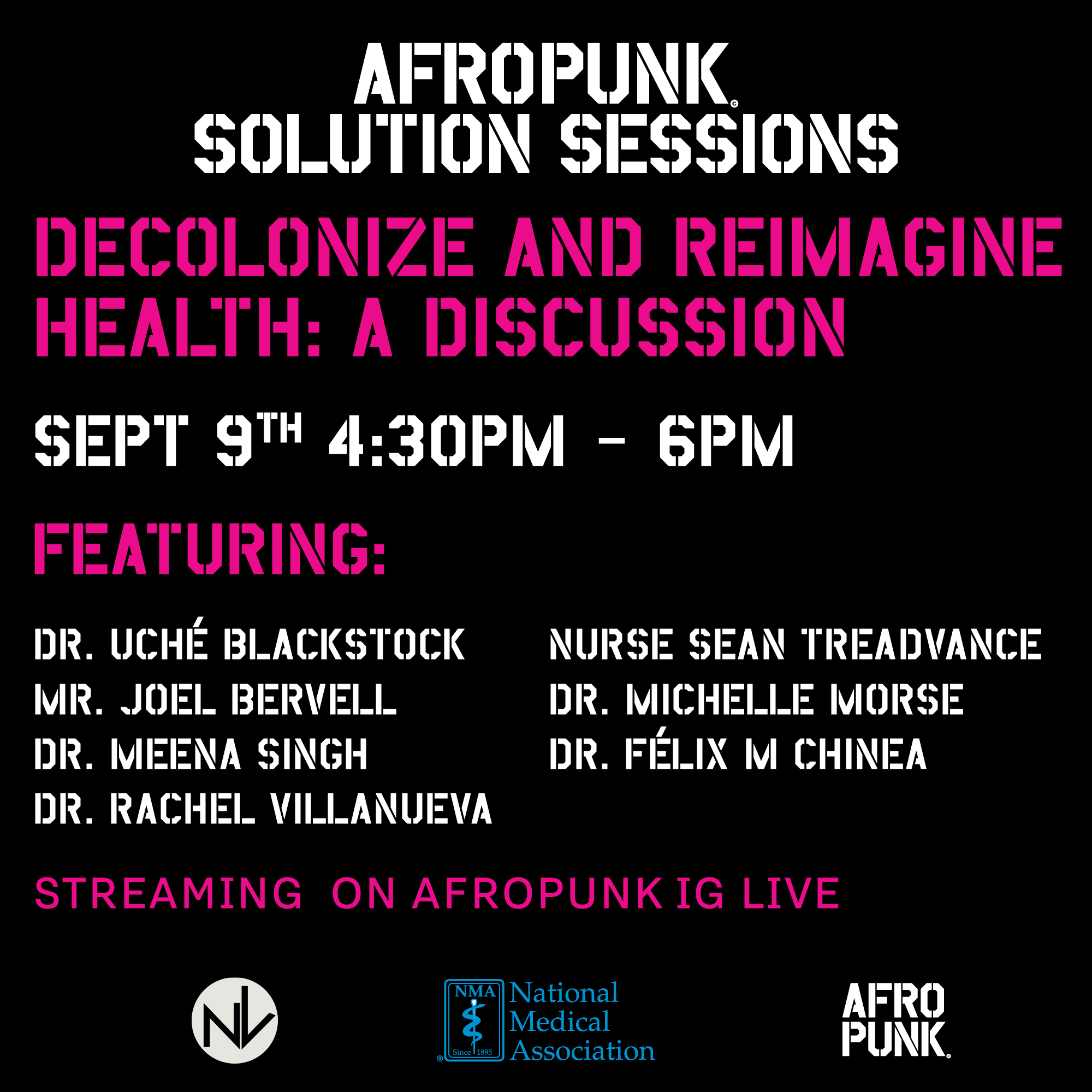 About Leyna Bloom:
Born in Chicago to a Filipina mother and an African American father, Bloom knew from a young age that she was a woman. Bloom faced a turbulent childhood and was raised by her father following hermother’s deportation. Fortunately, he supported her decision to transition.

A versatile dancer, Bloom is trained in ballet, lyrical, hip hop, jazz modern, tap, and vogue. She took her first dance classes in sixth grade and performed on the American Ballet Theater stage with Misty Copeland by the age of 14. She received a full dance scholarship to the Chicago Academy for the Arts as a teenager, however, in spite of this early promise and opportunity, she chose to give up on a traditional path to pursue her authentic self. After dropping out of the Academy because the men’s scholarship did
not allow her to dance as a woman, she left Chicago and moved to New York City, where she faced homelessness.

Bloom survived by working at a restaurant during the daytime. At night she earned cash prizes in the underground ballroom scene, voguing and serving face on the floors of vacant Harlem theaters and dance halls. In this world, she found acceptance and a safe space to be herself while competing with other queer youth. Her talent and beauty earner her status and recognition among her peers. Meanwhile her modeling career took off as transgender figures gained acceptance in the media. In October 2017, Bloom became the first openly trans woman of color to appear in Vogue India. She then
went on to break more boundaries by becoming the first trans woman of color to be the lead of a feature film at the 2019 Cannes Film Festival with her movie Port Authority, direct by Danielle Lessovitz.

In 2021 she made history again by becoming the first trans, Asian, and Black woman to be on the cover of Sports Illustrated. Her recent credits include the feature film Asking For It with Kiersey Clemons and Vanessa Hudgens that premiered at the 2021 Tribeca Film Festival, and the critically acclaimed series Pose.

From homelessness to the cover of Sports Illustrated, Leyna Bloom continues to embody the American dream through her hard work and resilience.