Headlined by Burna Boy and The Roots, AFROPUNK Returns to Commodore Barry Park on September 10th-11th, 2022

DJs Including Bonita Applebunt, Brian Henry, and More to Spin Between Sets AFROPUNK prepares its highly-anticipated return to Brooklyn in September, promising a vibrant celebration of Black culture in the borough and beyond. Today, the game-changing lifestyle brand announces the DJ lineup for AFROPUNK Brooklyn 2022. Between sets by artists like The Roots, Burna Boy, and more, these DJs will keep the party going, spinning an array of current hits, deep cuts, and classics. Check below for the full list of performing DJs for AFROPUNK Brooklyn, which returns to Commodore Barry Park in Brooklyn on September 10-11, 2022. Tickets on sale now at http://afropunk.com/festival/brooklyn.

The first Brooklyn festival since 2019, AFROPUNK brings a constellation of the most exciting artists in modern music to Commodore Barry Park. The legendary The Roots headlines the first night, celebrating their 30th anniversary as a band with a set that draws from their immaculate catalog. Closing out the festival on the second night is Burna Boy, performing songs from his new album Love, Damini during his first headlining set at a U.S. festival and his first show in New York City since he sold out Madison Square Garden in April. Beyond the headliners brings a group of game-changing names including Isaiah Rashad, Lucky Daye, Freddie Gibbs, Tierra Whack, and Earl Sweatshirt, plus exciting risers like Doechii, Bartees Strange, Adekunle Gold, and SPINALL.

After hosting events in Miami, Atlanta, Bahia, and Johannesburg in recent years, and an event in Minneapolis in June, AFROPUNK feels great to be home. With AFROPUNK 2022, the global brand seeks to remind New York and the wider world why it’s one of the most vital and vibrant cultural events on the calendar. Stay tuned to AFROPUNK on socials and text “AFROPUNK” to  (718) 550-6268 to stay in the loop for more announcements.

*GA ticket is required for entry

About Bonita Applebunt
Bonita Appleblunt is a DJ and Audio Pro, originally from Ohio, currently working and making soundwaves in Chicago. They are the resident DJ for AMFM, where they got their start DJing at AMFM’s monthly music and art showcase The Jazz Series. They have played at numerous locations around Chicago including The Promontory, SOHO House, and The Empty Bottle, among many other spots around the city. They specialize in exploring the lineage and inspiration of modern and underground music genres with their African roots.

About Brian Henry
Brian Henry, formerly known as DJ B-Hen, is revered as one of America’s hottest  DJ talents. After honing his musical skills at Scratch DJ Academy, he displayed undeniable showmanship as a standout contestant on VH1’s premier DJ competition show: Master of the Mix. His unique style and relentless hustle have led him to living rooms across America as a resident DJ on ABC’s Good Morning America. Most notably, he has performed for President Barack Obama and First Lady Michelle Obama at various intimate events. Brian Henry’s has also curated DJ sets for Beyonce, Cardi B, Pharrell, Coachella Music Festival, Sundance Film Festival, and Harvard Business School.

His cornerstone event: The B-Hen Block Party™ annually draws over 2,500 guests in Los Angeles. The event series welcomes DJs to play music from across the Diaspora and creates a safe space of inclusion for all: there’s no VIP, no guest list and no sections. The 2022 B-Hen Block Party Tour™ travels with event dates in Brooklyn, Chicago, Miami, and Washington DC. His love for curating musical experiences has also led him to international heights performing in Brazil, Italy, Morocco, South Africa and The United Kingdom. While musically illustrating events is his core passion, he also devotes his talent to eradicating breast cancer for women of color. After losing his mother, Tracy, to a vicious 14-month battle with the disease, he honors survivors and those fighting the disease with Beats to Beat Breast Cancer™. The non-profit event series utilizes the power of music to drive awareness and raise funds for breast cancer research, particularly within the African American community. Brian holds a BA in Economics from Morehouse College and resides in Los Angeles.

About Earry Hall
Born on the Southside of Chicago to parents Deborah Johnson and Paul Hall. Earry Hall is a DJ/ Producer deeply influenced by the soulful house movement that raised him as well as gospel, R&B and rap music. As a DJ his goal is to convince strangers that they are family by the end of his performances. This goal inevitably transformed him into a community organizer focused on the mental and physical health benefits of fellowship and community.

About WiFiOG
A jack of all trades, WiFi OG a.k.a. DJ Prince has worked on music videos for the likes of Conway The Machine; as DJ for Skyzoo & Joell Ortiz; as a host of a weekly podcasts (Yahdcast) and vinyl record appreciation nights in NYC; and as MC, Producer, and Engineer on a number of solo and collaborative projects issued via his Mobile Kitchen collective. WIFIOG retains the most essential raw elements of its OG Jamaican-toasting flavors despite years of future-looking fusion and refinement is testament to WiFi’s maestro-minded musicality and dab-dread discipline. With 15+ years of selecting experience, WiFiOG’s main focus is innovation, while maintaining a certain level of taste though his Mobile Kitchen Sound imprint.

About Kittysayword
KITTYSAYWORD IS AN INTERNATIONAL DJ & MUSIC CURATOR. She pulls musical references from her upbringing in New York City, Afro-Caribbean roots and worldly travels. Her strength is in her ability to build community through music, and her specialty is curating a refreshing vibe that traverses across various genres.  KITTYSAYWORD is influenced by hip-hop and reggaeton, disco and house, as well as r&b reworks and underground club music. Previous clients include DIOR, Audemar Piguet, NIKE, HBO, Disney, Revlon, American Express, Highsnobiety. KITTYSAYWORD is a flan enthusiast and is currently based between NYC and LA.

About Moresoupplease
Born in Newark, New Jersey, Isaac “Soup” Campbell is a multi-faceted, Brooklyn-based creative with an expansive array of talents. Most notably, he is recognized by his work as a DJ and photographer. Now in his sixth year of DJing, Soup has established himself as a prominent player in the ever- shifting culture of NYC nightlife; with every set, he converts new ears into loyal fans and followers. He stands out in his craft through a well-versed knowledge of what is current as well as what inspires, pulling nostalgia from various genres, including: Hip-Hop, RnB, Soul, Funk, Reggae, Afrobeat, House, and more. Soup is self-driven and set to outwork everyone, but his largest source of inspiration comes from the memory of his late younger brother whom he lost to cancer in 2008. He seeks to honor his brother’s love for music by fulfilling his dream to become a successful DJ.

About Sydney Love
DJ Sydney Love hails from The Bronx, New York & Miami, Florida by way of Lagos, Nigeria. Dubbed the ‘Queen of AfroVibes’ Sydney Love is well known for her Afrobeats and Hip-Hop selections. Her DJ sets fuse both genres together and provide a balanced Afro-Diaspora experience. With Afrobeats on the rise, Sydney was compelled to launch her own cultural platform, ‘NAIRA’. NAIRA Party has grown to be the most popular Afrobeats party series in New York City. Fresh off touring with the ‘Queen of Afrobeats’, Tiwa Savage, on her Water & Garri North American Tour, Sydney Love has had a busy year thus far. From playing major festivals like AfroNation Puerto Rico, Chop Vegas to rocking the massive crowds at Everyday Afrique, EverydayPPL, Lincoln Center and more to be announced! Whenever she’s home in New York City, you can find DJ Sydney Love curating parties at her monthly DJ residency at SNS Bar!” 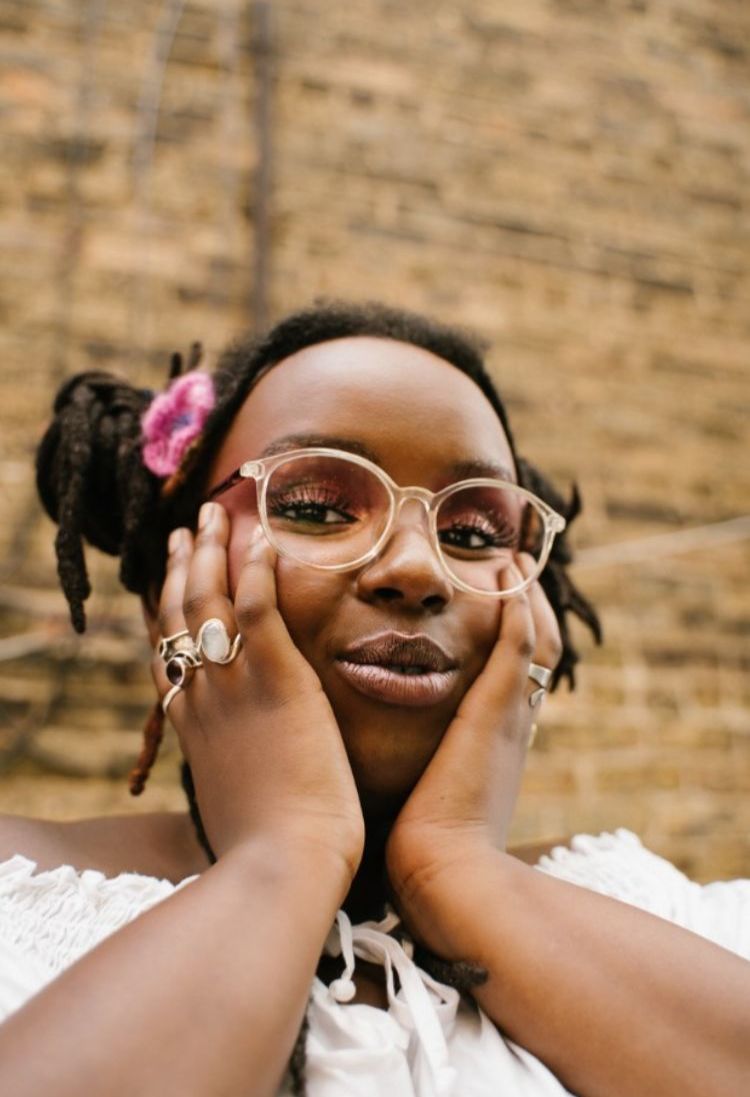 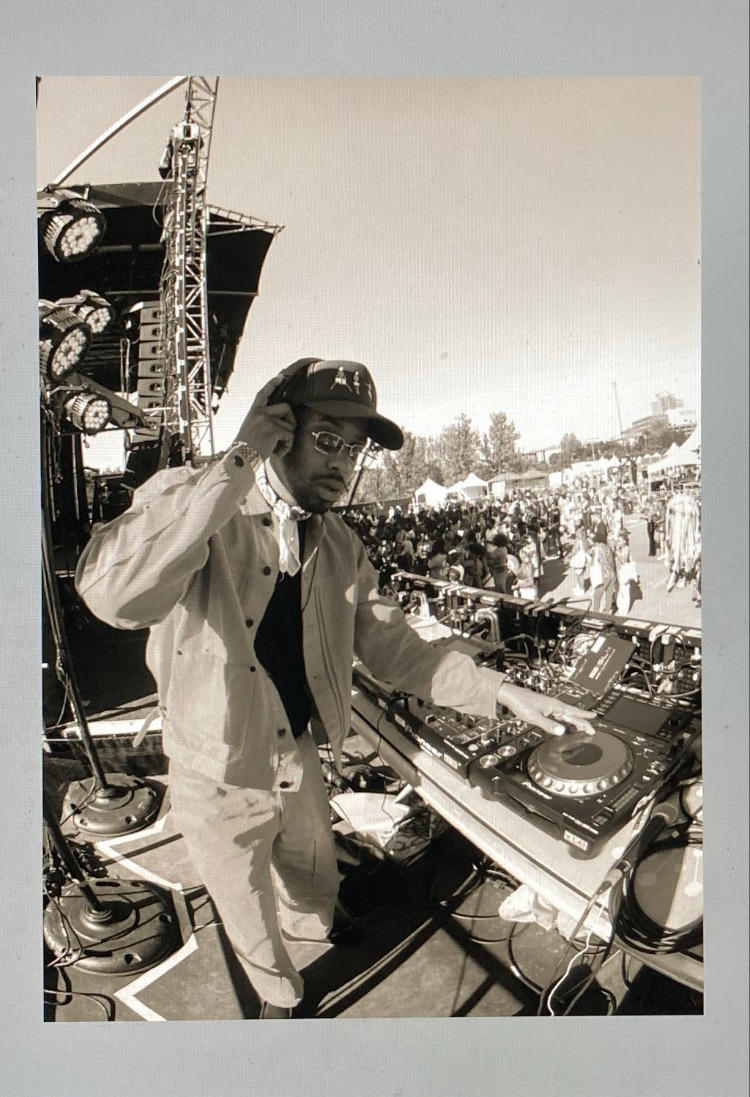 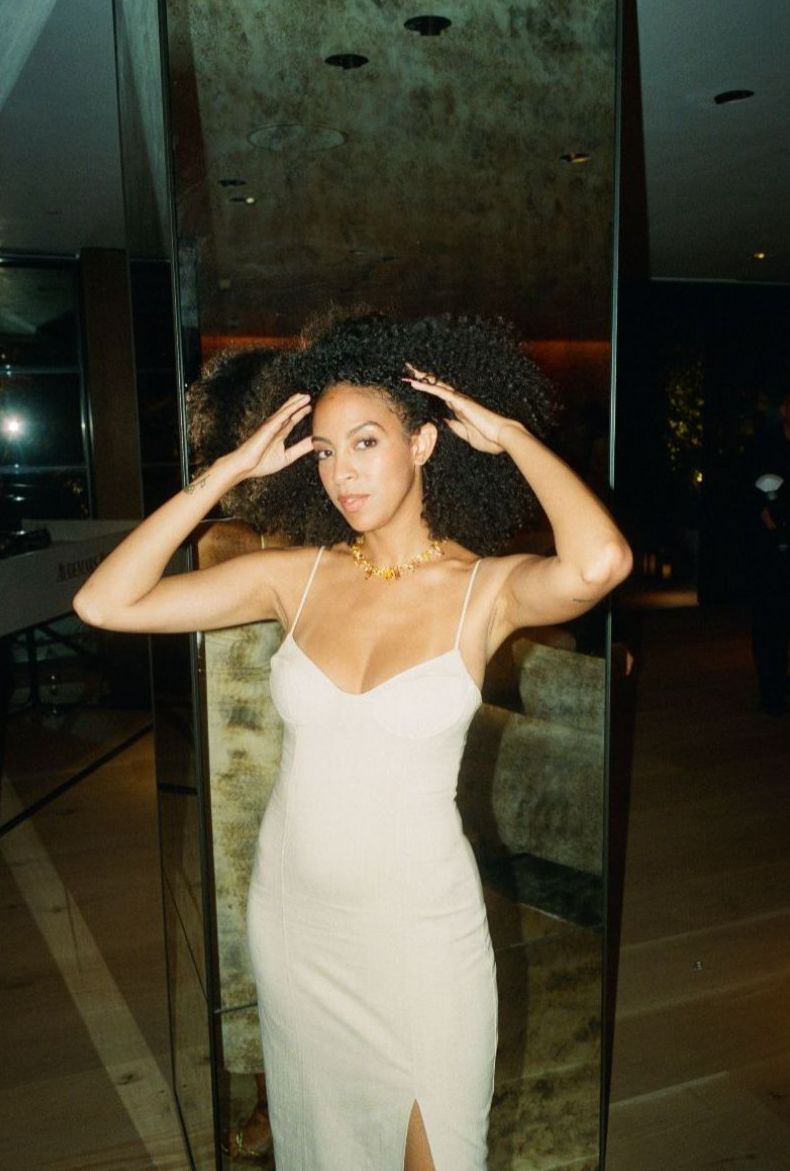 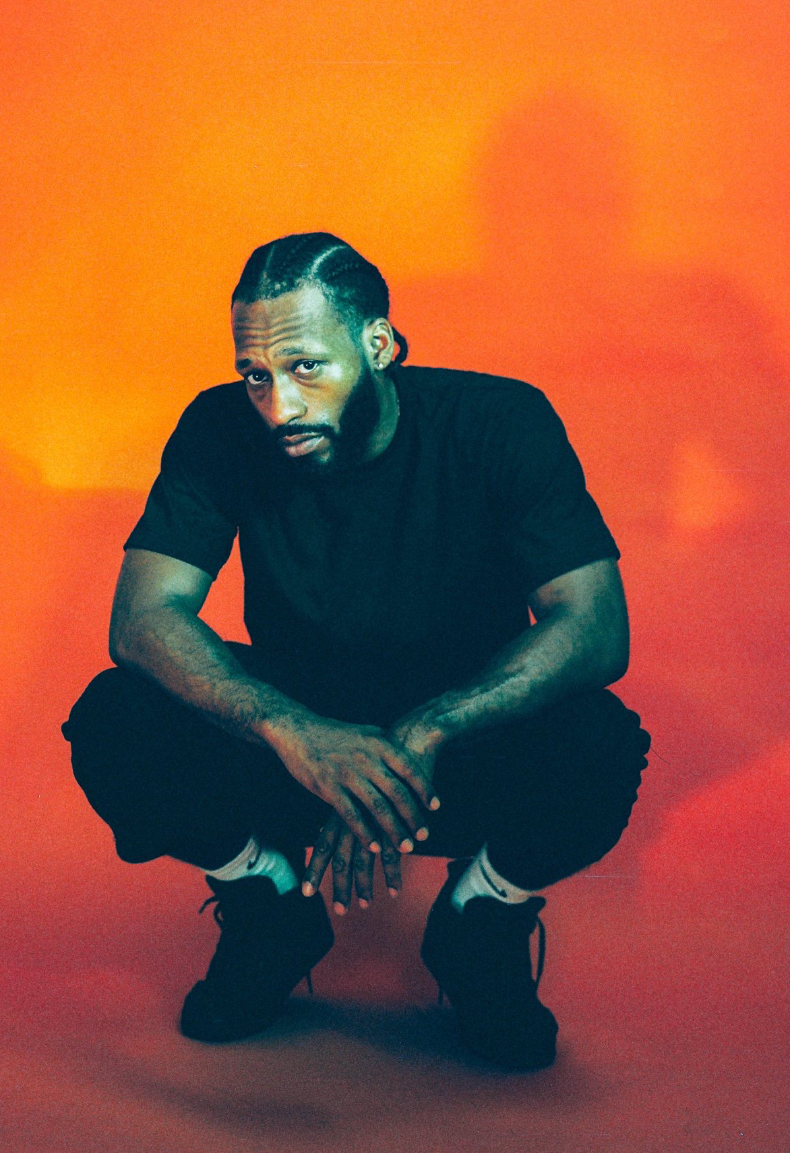 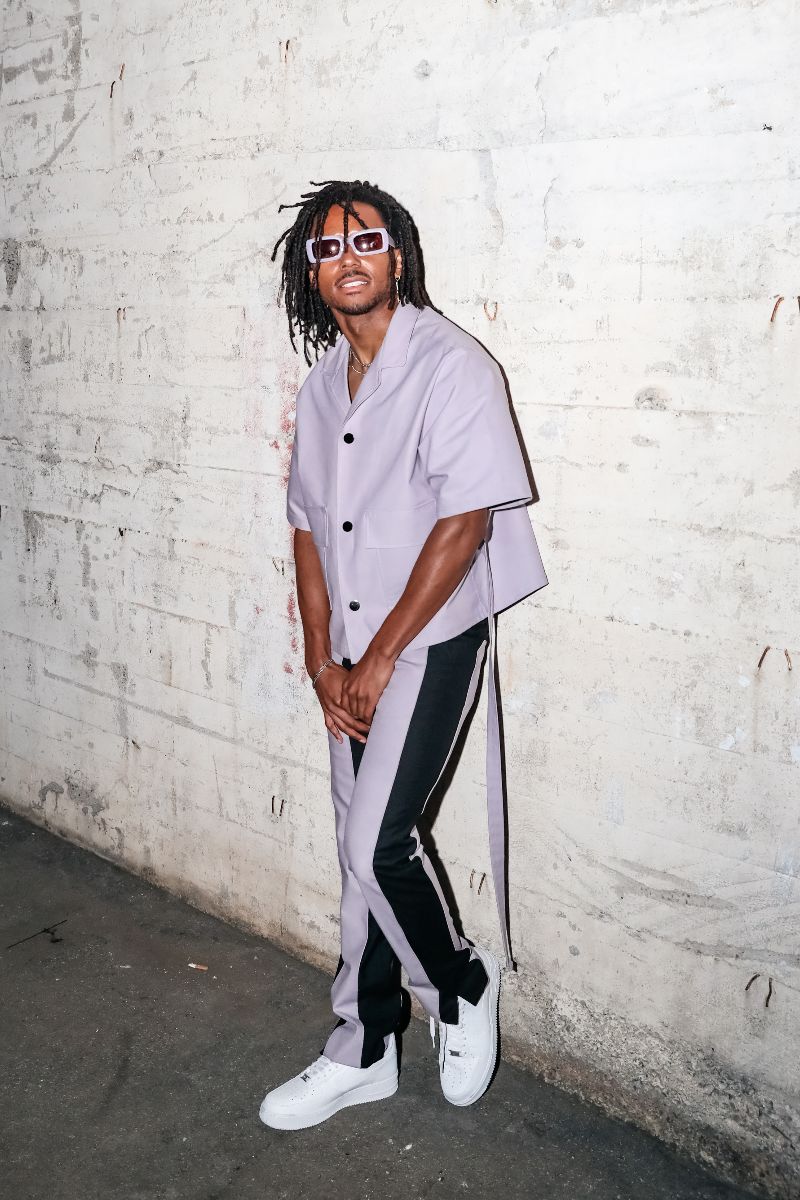 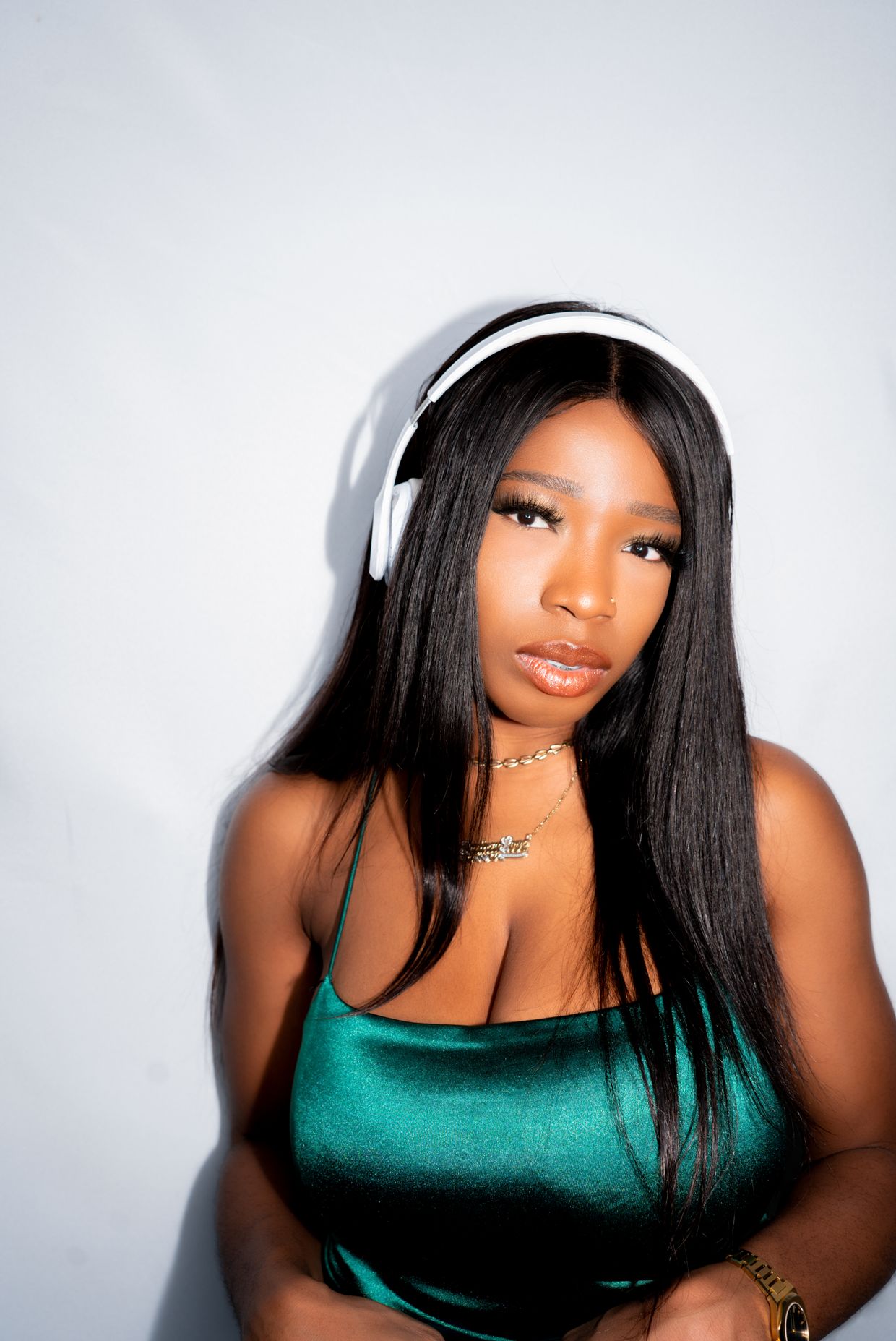 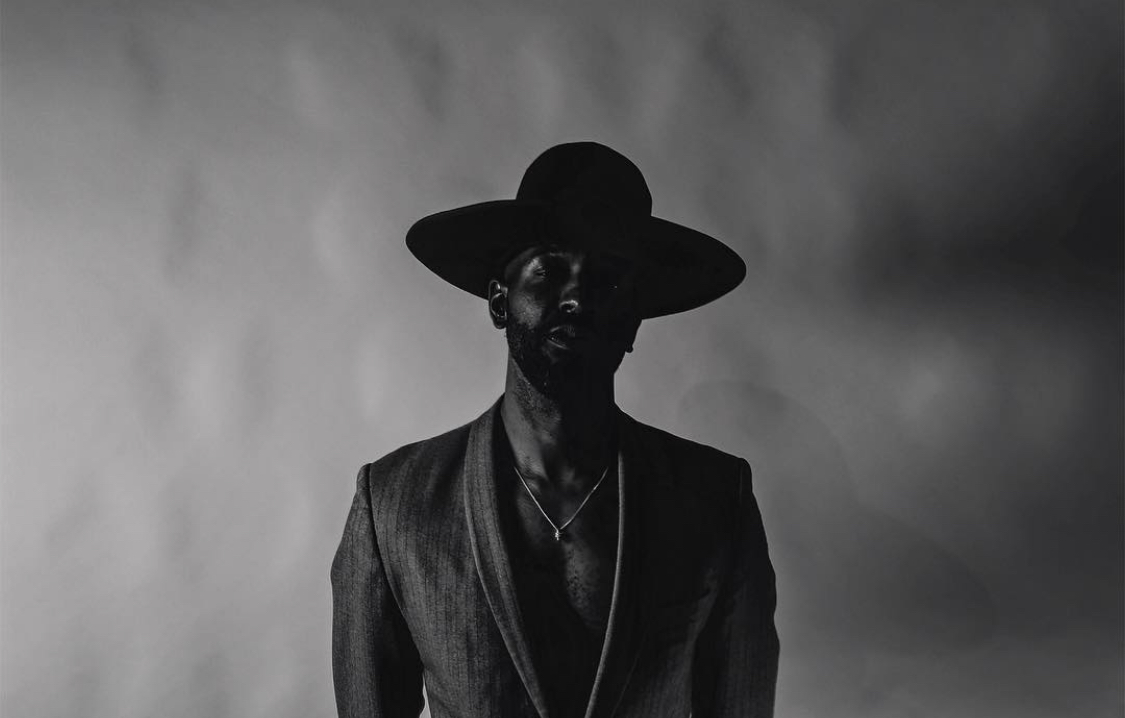 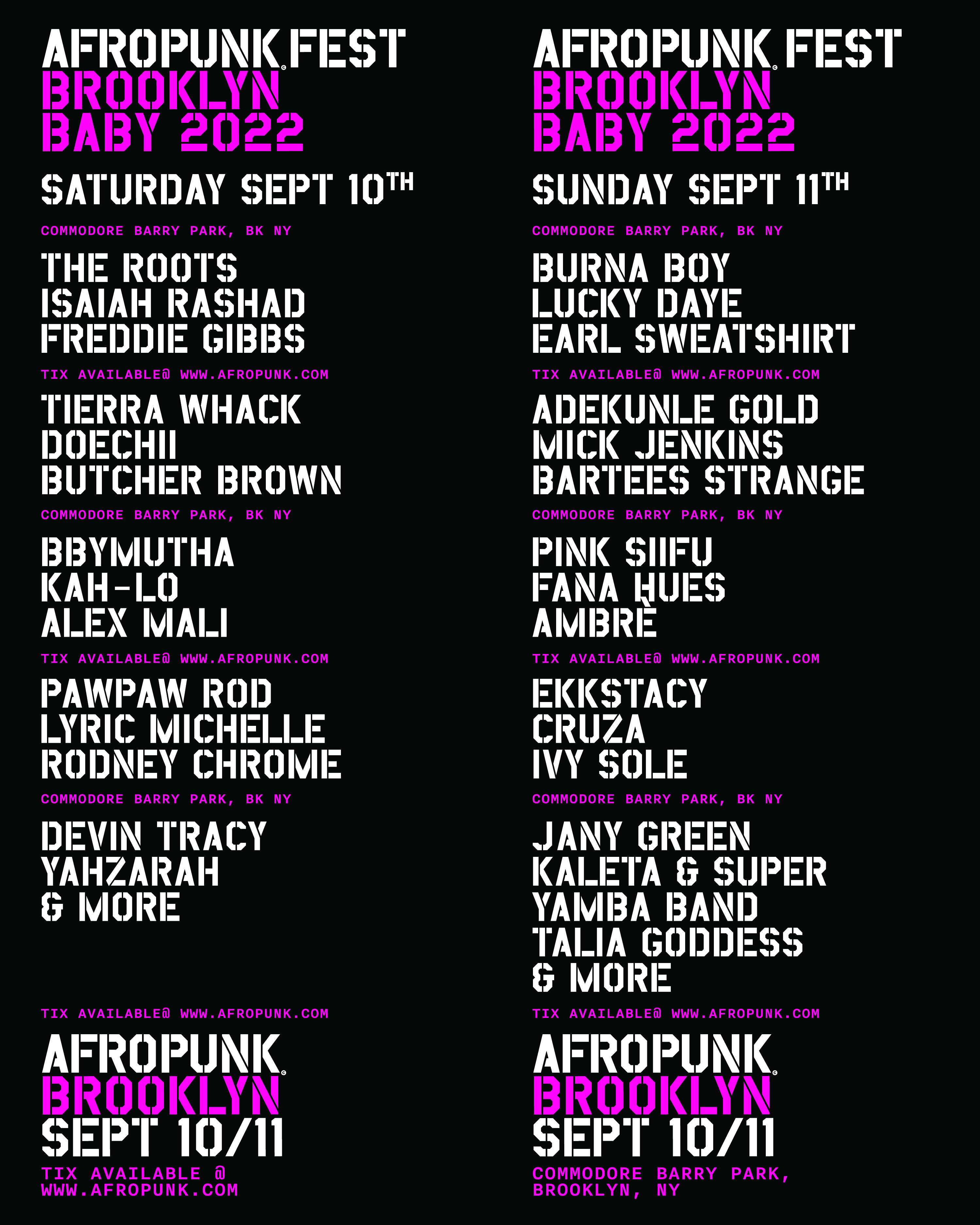 AFROPUNK IS THE MICROPHONE OF THOUGHT AND A LENS OF PERSPECTIVE