Compton’s AD Teams Up with California Sound Architect Sorry Jaynari of League of Starz for The Last of the ’80s, Due April 28th

L.A. bruiser AD specializes in high-octane West Coast bangers, perfect for driving down the freeway with your rag top down. His most reliable partner-in-crime is Sorry Jaynari, a member of the production collective partially responsible for crafting the booming California club sound, League of Starz. Prolific and blessed with crafting beats that make you want to turn up at a moment’s notice, Sorry Jaynari fuels AD with slinky, textured g-funk instrumentals throughout the 10-song project. Combining for their second full-length collaboration, AD and Sorry Jaynari announce The Last of the ’80s, a fast-paced, energetic song collection perfect for the whip, the gym, or the club, due April 28th, 2017.

The follow-up to the acclaimed By The Way, the duo’s first full-length collaboration, The Last of the ’80s is a pristine collection of West Coast heat, with the impossibly energetic AD barking rhythmic hooks and breathless rhymes over Sorry Jaynari’s function-inducing songbed. Featuring appearances from Wiz Khalifa, Tory Lanez, OT Genasis, Kid Ink, Eric Bellinger, G Perico, and Kool John, Last of the ’80s is a stellar blend of Los Angeles gangsta rap meets club bangers.

Explains AD, “I was born in 1989 so I’ve had an in-depth look at Hip-Hop and how it’s changed over the years. We’re bringing a new spin on a older formula. Music now is so readily available that it gets old quickly. People listen to you for maybe a month and then onto the next. Back then, you had to go out of your house and go buy an album and then it became the only thing you listened to for months at a time until the next hot album came out. We want to bring back that special feeling when you have an album that’s going to be the only thing you listen to for months at a time. We want to be the soundtrack of the streets and a voice for the people who don’t really know the culture of the Westside. There’s small but significant things we’ve done with the album that will make people want to figure things out, which will only come from listening to it several times. My brother freestyles from prison and my grandma calls in, but it’s not obvious who those voices are. Unless you really get to know me through my music, you might miss these things. There’s also slang I use that might have multiple meanings and hasn’t yet hit the mainstream.”

Born in Compton and raised by his grandmother, AD cultivated a massive fan base in his home state, garnering radio play on L.A. rap stations Power 106 and Real 92.3 (KPWR and KRRL) for his hit single “Juice.” AD garnered critical acclaim for his mixtape Blue:89, a gangster rap epic with party jams and social commentary. A member of the League of Starz production collective, Sorry Jaynari is a mainstay on West Coast Radio, producing hits for Problem (“Like Whaat“), The Game (“T.H.O.T.“), and Eric Bellinger (“I Don’t Want Her“). Today, AD and Sorry Jaynari share “Basic,” a club-ready ratchet anthem and the first single from the project. Featuring an appearance from Bronx hitmaker OT Genasis, “Basic” finds AD calling out unfaithful ladies over Sorry Jaynari’s thumping, swirling instrumental. Premiered by WorldStarHipHop, the monochromatic video finds AD, Jaynari, and OT under a spotlight as they relax in the cut after a long night out.

The Last of the ’80s Tracklist:
(all tracks produced by Sorry Jaynari unless specified) 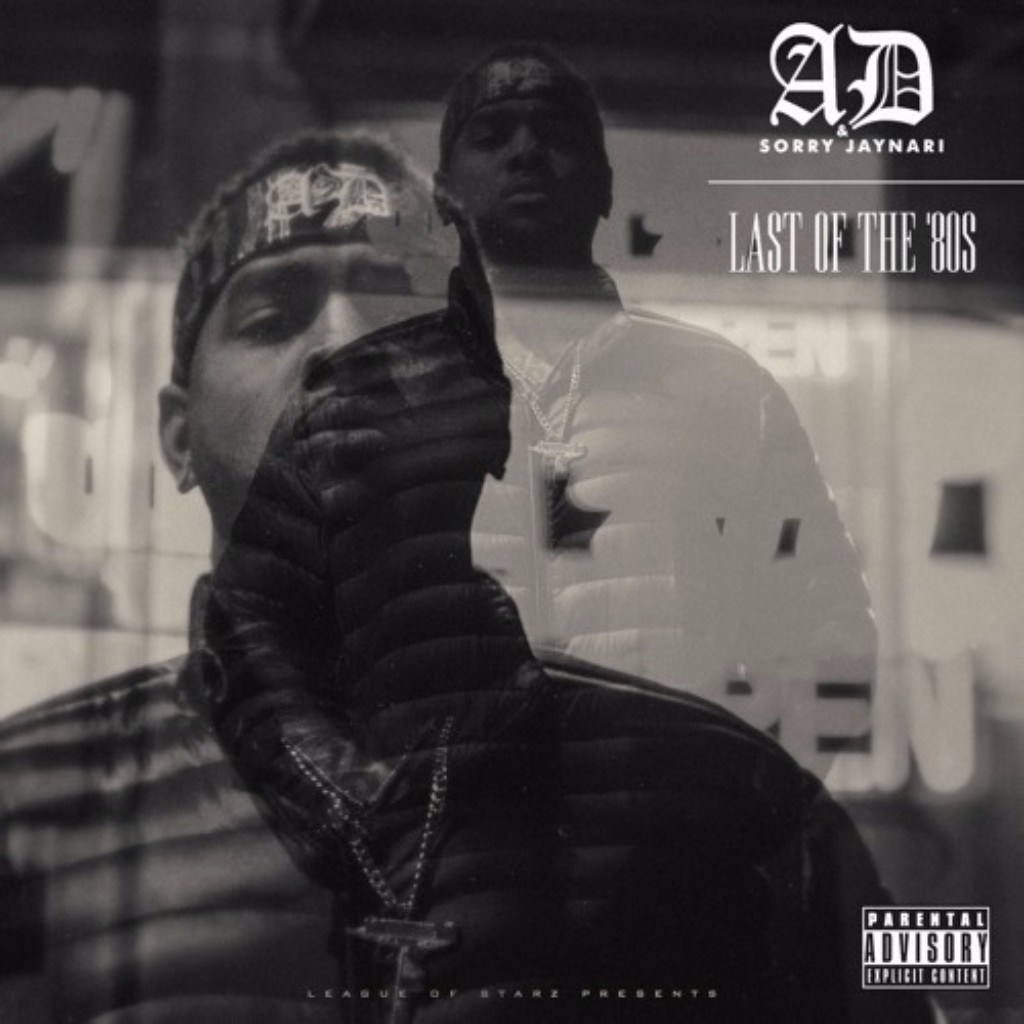 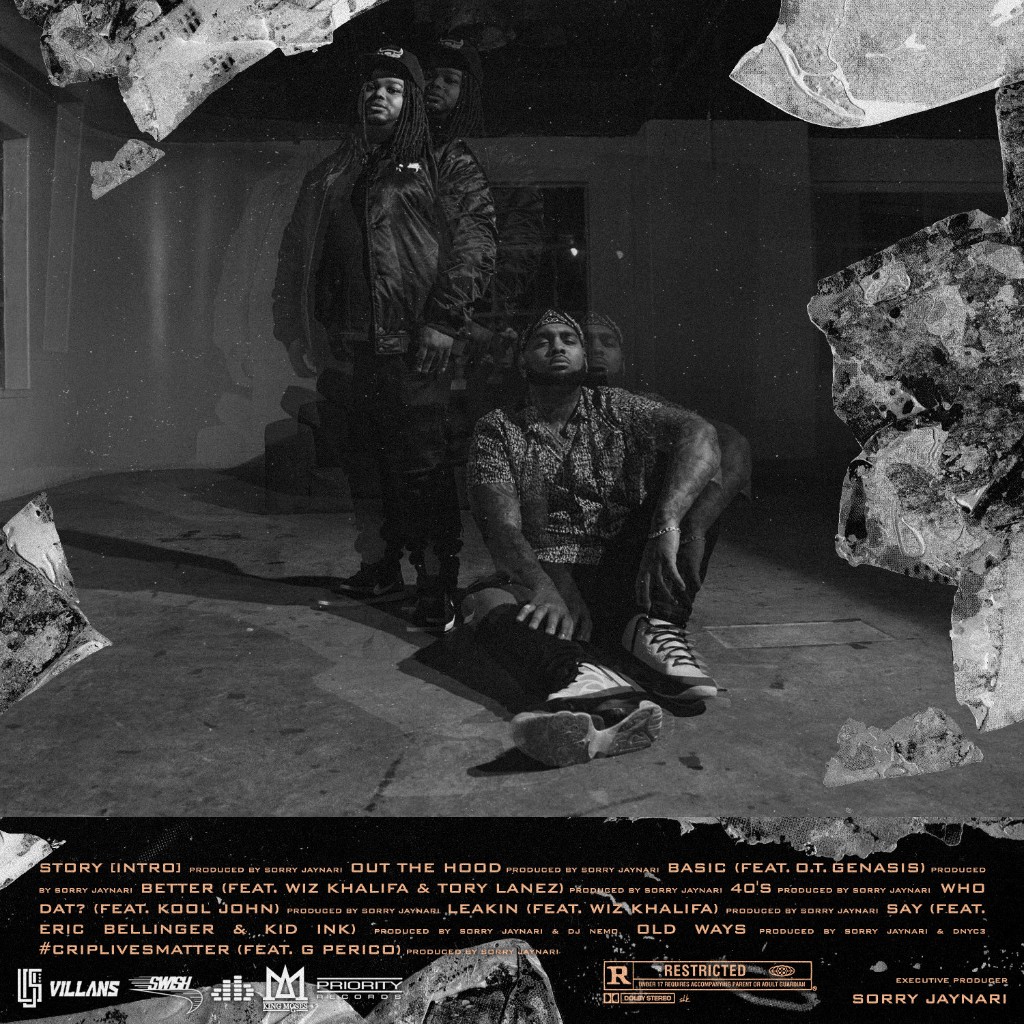 Born in Compton and raised by his grandmother, A.D. cultivated a massive fanbase in his home state, garnering radio play on L.A. rap station KPWR for his hit single “Juice.” AD garnered critical acclaim for his mixtape Blue:89, a gangster rap epic with party jams and social commentary. A member of the League of Starz production collective, Sorry Jaynari is a mainstay on West Coast Radio, producing hits for Problem (“Like Whaat“), The Game (“T.H.O.T.“), and Eric Bellinger (“I Don’t Want Her”). Together, the rapper/producer duo combined for By The Way, released in Summer 2016, and their next project, Last Of The ’80s, releases on April 28th, 2017.