The Queens-Born Artist, Chef, and Author Adds Northeast and Canada Dates As He Tours to Support White Bronco An energetic and charismatic performer, Action Bronson always treats his fans to something special at his shows. Adding to his busy schedule, Bronson announces additional dates for the “White Bronco Tour.” Heading out to markets he missed during the original leg of the tour, Bronson will head Northeast, making stops in Montreal, Ottawa, Portland, Buffalo, and Clifton Park. Showcasing tracks from White Bronco, his 2018 album, Bronson is currently finishing up a series of dates in the West Coast, ending with a show at Los Angeles at The Novo, before heading back on the road in April. Bronson is also preparing for the release of Stoned Beyond Belief, the Queens-born author’s second book, coming on March 19th.

The ultimate love letter to the world’s most magical plant, Stoned Beyond Belief (Abrams Image; March 19, 2019; U.S. $27.50; Hardcover), is Bronson’s masterpiece. An exploration of every corner of the pot galaxy, from highly scientific botanical analyses and the study of pot’s medicinal benefits to a guide to the wild world of weed paraphernalia, Stoned Beyond Belief is a very personal tribute to a substance Bronson refers to as life-changing, horizon-expanding, a conduit for happiness, a connector. Organized loosely into 100 entries, including 35 recipes, and packed with illustrations and photos, Stoned Beyond Belief is a trippy and munchie-filled experience, as well as an entertainingly valuable resource for weed enthusiasts and scholars. Written with assistance from Rachel Wharton, Stoned Beyond Belief will delight Action Bronson fans and pot aficionados all across the universe. 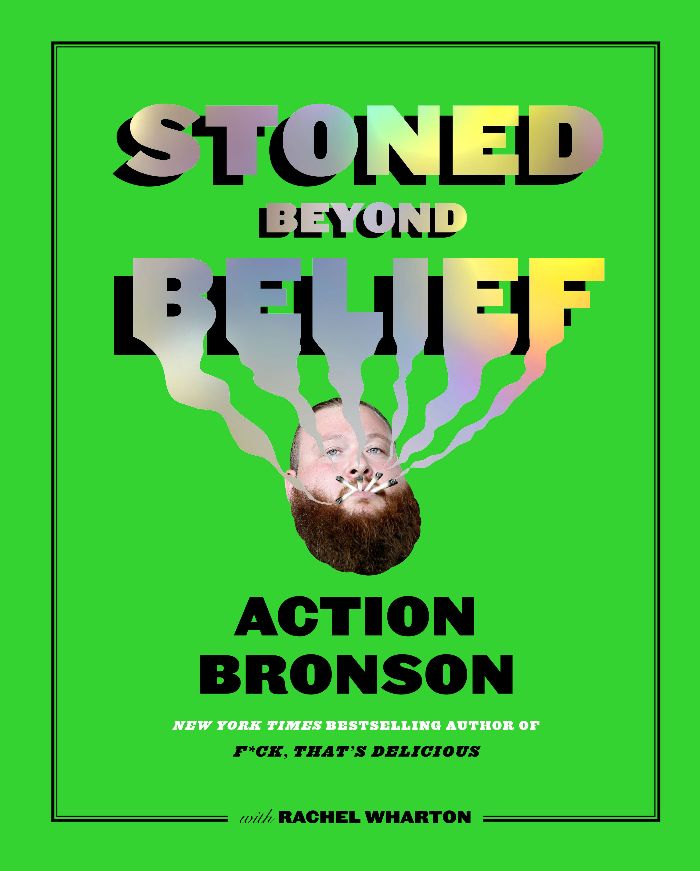