6 Dogs’ Family & Team Release RONALD, the Final Project He Recorded During His Lifetime

” I was convinced [RONALD] was 6 Dogs’ most ambitious, impressive, and hopeful release yet” – Pigeons & Planes

Ronald Chase Amick, the performer known as 6 Dogs, left the Earth far too soon, but he left behind a legacy of kindness and expressive music that will live on. Today, Chase’s family releases RONALD, a collection of uniquely personal, nostalgic, and uplifting songs. Originally titled Wavebuilder’s Club, Chase changed the title of the upcoming posthumous project to RONALD before he passed, hoping to signify a new beginning for his life and career. Recorded and distributed completely independently (Chase owned his own masters), the album matches Chase’s original vision to a tee, and it remains unaltered since he finished the album and turned it into DSPs shortly before he passed away on January 26th.

Created in collaboration with executive producer and engineer Daniel Hartzog, RONALD transports Chase’s conversational melodies into a sparkling, atmospheric sonic realm. Almost entirely free from explicit lyrics, the album benefits from Chase’s innate instincts for hooks and his lyricism, which is alternately playful and profound. Chase hoped that RONALD would help his fans counter their negative thoughts with positive energy–to embrace their feelings, instead of succumbing to them, and to come out the other side happier.

“We are here to help each other and we’re here to change the world,” said Chase in an interview with Pigeons & Planes, published this week and conducted shortly before his passing. “It’s clutch time. There’s a lot of horrible stuff going on, but there’s also a lot of good people doing a lot of good things. I personally think that energy is so much stronger.”

The album opens with “When I Was a Baby,” a rush of twinkling keys and ethereal synths that evokes a sense of wide-eyed innocence and pure joy. Songs like “Genie In A Bottle” and “Indigo Daydream” are more subdued, but keep the same dreamlike quality that pervades the rest of the album. RONALD is home to recent singles including “Starfire (Teen Titans),” an arpeggiating anthem with a central metaphor about channeling energy into creativity, and “Beach House” ft. RIZ LA VIE, an anthem for anyone who feels cooped up due to the pandemic or stifling circumstances. The closing track, titled “Good Wings,” emphasizes Chase’s skill with unexpected imagery: “They say good things get better over time/They say good wings get you higher than the sky.”

A monument to the artist’s influence and singular point-of-view, the forthcoming RONALD album doesn’t wallow in tragedy or despair, but lights a path forward for those dealing with internal strife. Featuring guest appearances from Chase’s close friends RIZ LA VIE and Tahj Keeton, RONALD is available everywhere for stream and purchase.

In November of 2020, 6 Dogs and executive producer Daniel Hartzog sat down at the Airwaves Atlanta house to talk about the creative process behind RONALD. Watch the full conversation on YouTube: https://youtu.be/EEvNObIV7og 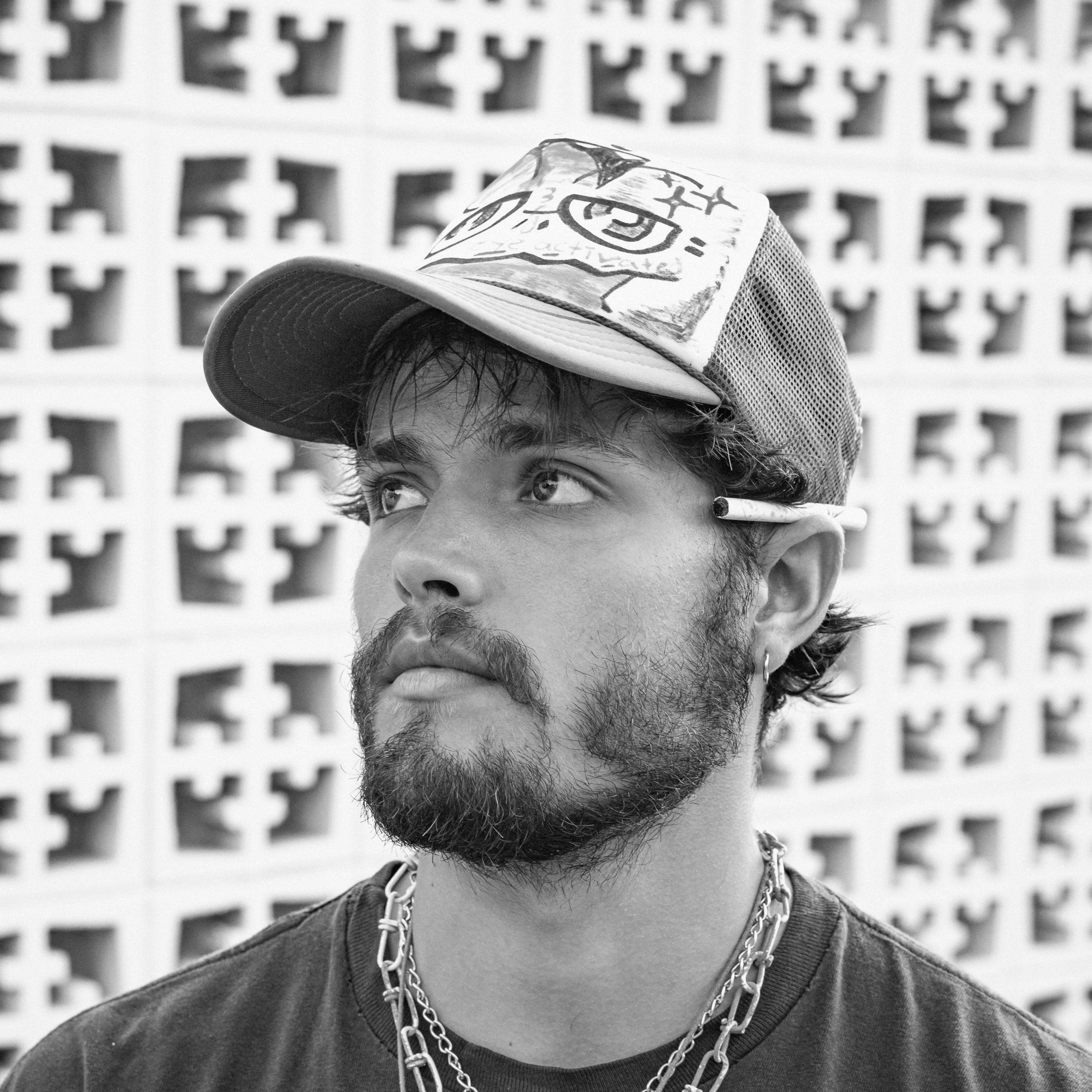 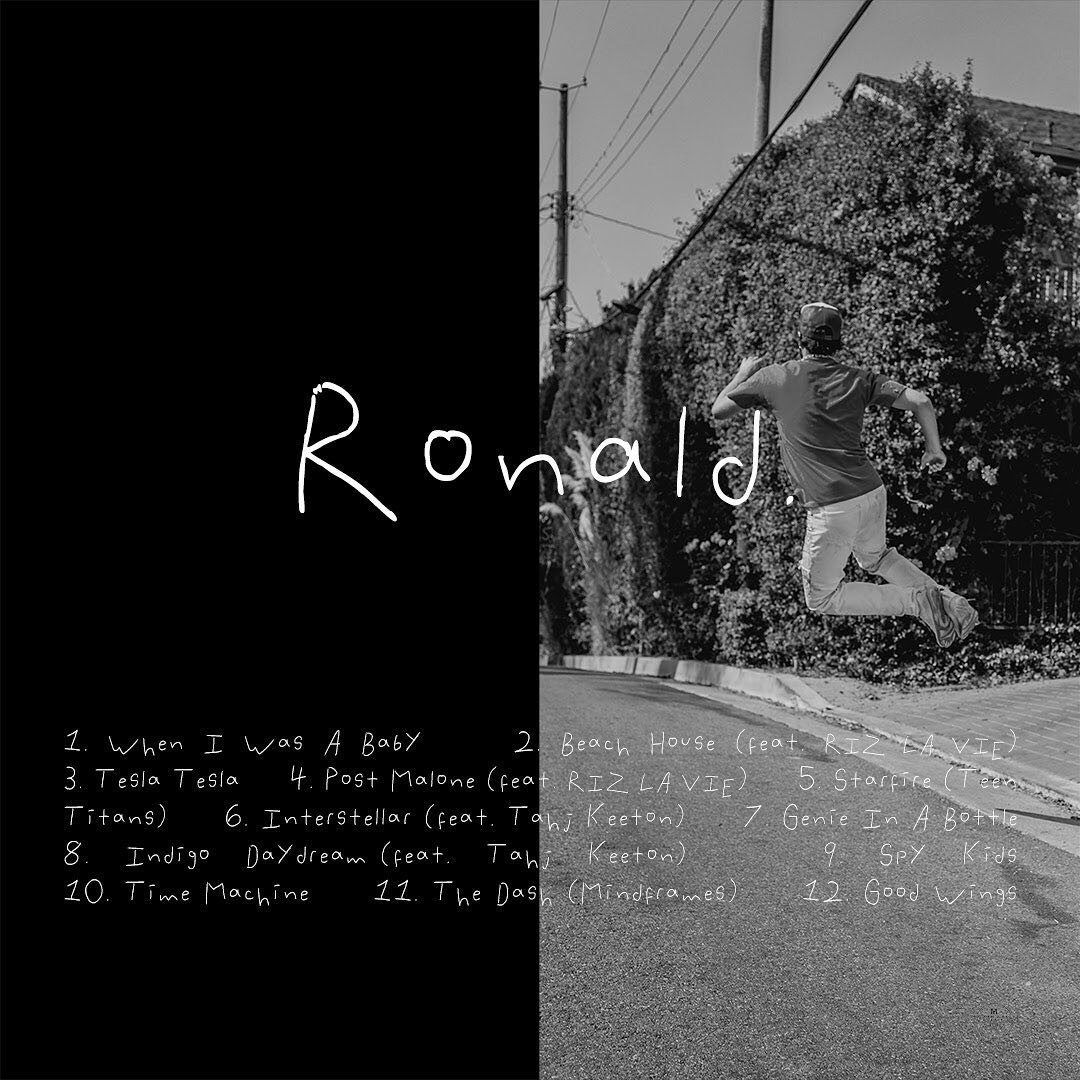 His upcoming independent album is entitled RONALD, which is his real first name. He went by his middle name, and his friends and his fans knew him as Chase. Chase specifically designed the album to be a comeback project representing a new direction, rebirth, evolution, and hope for a bright future, while showing the world he was just getting started. Executive produced by Daniel Hartzog at the Airwaves Atlanta studio in Atlanta, the project is meant to, in his words, let people feel their sadness, sit with it, and then embrace happiness and the inherent beauty of life. Triumphantly sober for many years, 6 Dogs proudly created the album to be widely accessible and to provide the best positive vibes possible, which is why the album’s lyrics are clean, sans for one gust verse on one song. He worked with his team for close to 7 months, going through a name change (originally titled Wavebuilder’s Club) and myriad iterations of the tracklist, before settling on the final form of the album which he delivered for distribution before his passing. The album is, in its entirety, unaltered from Chase’s original vision.