“”24KGoldn is one of the artists I’d feel most confident with predicting a massive year for in 2019. The melodic star has impeccable energy and stellar beat selection.” – ELEVATOR

Wielding a powerfully raspy singing voice and an uncommon pen game, 24kGoldn deserves your attention. Traveling through cyberspace on a quest for connection, Goldn shares “Games On Your Phone,” his latest video.  Produced by D.A. Doman, with guitar production from Omer Fedi, “Games On Your Phone” is a fable of modern romance–Goldn addresses his crush who is too distracted, or malicious, to give him the time of day. In the video, which features animation from Sam Hochman, Max Renn, and Mike Manor, Goldn pursues his girlfriend across several digital realms, ranging from an 8-bit arcade, to a technicolor and surreal Japanese futurescape, to an uncannily realistic world with modern video game graphics. At the end of the clip, Goldn finally gets a message from his woman about her intentions–but he might not like what he hears.

Released two weeks ago, “Games On Your Phone” has already racked up over 400k streams on Spotify alone. The song follows the lovelorn, alt-rock influenced ballad  “A Lot To Lose,” which has 2 million Spotify streams, and Goldn’s viral hit “Valentino“, currently trending on Apple Music and recently added to Spotify’s Most Necessary playlist. With over 968k total streams in the past week, boosted by a recent TikTok craze and a sync on HBO’s Dwayne “The Rock” Johnson-starring series Ballers, “Valentino” has earned over 10 million streams across platforms. Currently preparing his debut EP for a Fall 2019 release, Goldn is set to open for Landon Cube on a nationwide tour, starting September 23rd in Houston. 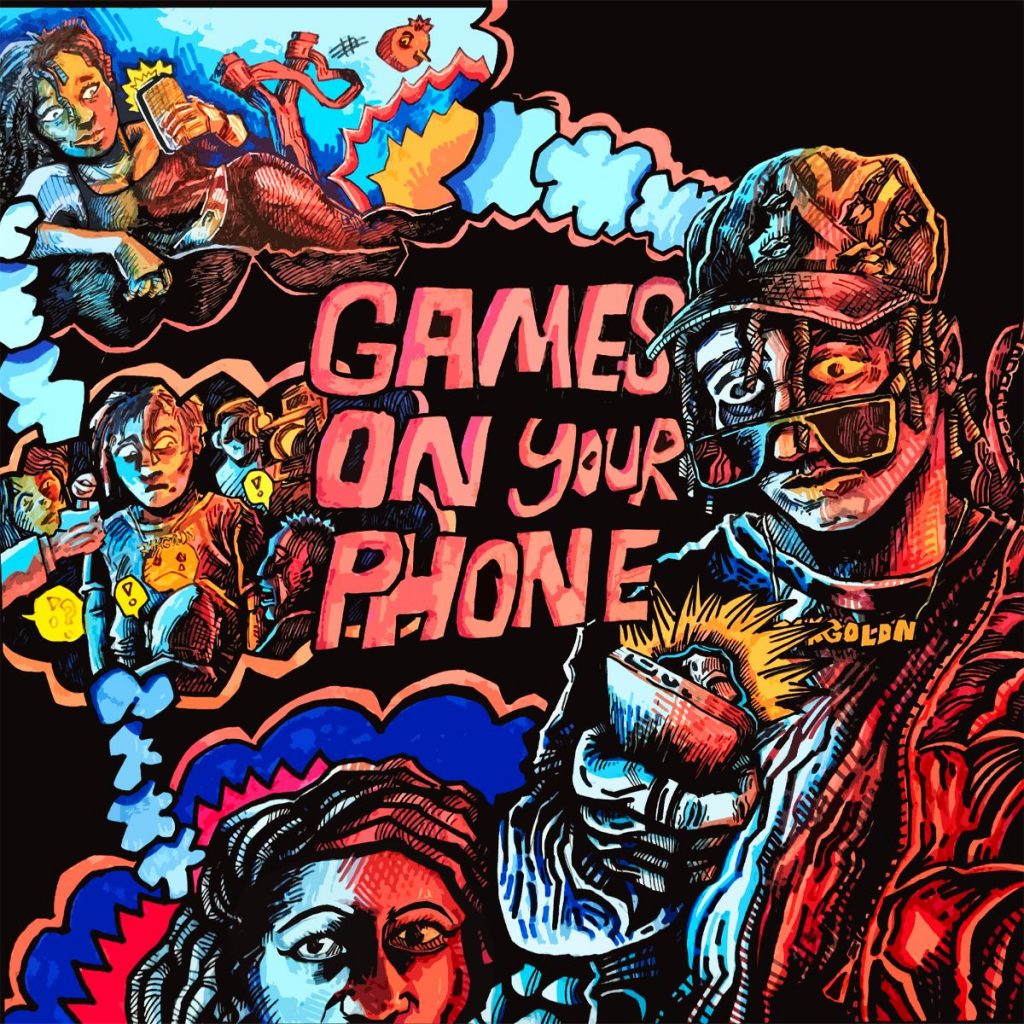 “Games On Your Phone”: https://24KGoldn.lnk.to/GamesOnYourPhonePR/youtube

“A Lot to Lose”: https://smarturl.it/24kgoldnalottolose?IQid=PR