Just 19-years-old but already an accomplished songwriter and hitmaker, 24kGoldn radiates effortless charm. Pursuing a romance with an older woman, Goldn shares “DROPPED OUTTA COLLEGE,“ his new video single. A minimalist, D.A. Doman-produced trap banger that allows Goldn to flex his triplet flow, “DROPPED OUTTA COLLEGE” is the sound of a young artist embracing his freedom and flexing on his less-successful peers: “Flex on the Gram, you ain’t really rich/Everyone know that you rented it/Money I’m counting for 24 hours it’s harder to save when it’s comin’ in.”  Directed by Nicholas Jandora (Lil Skies, Landon Cube), the video is a comedic illustration of Goldn’s magnetism, echoing the classic video for “Stacy’s Mom” by Fountains of Wayne, as he seduces his teacher…much to the chagrin of her son, who happens to be in Goldn’s class. As the clip progresses, Goldn becomes more and more involved with the family, eating meals, posing for photos, and playing catch with his same-age step-son. “DROPPED OUTTA COLLEGE” is the title track from Goldn’s upcoming EP, which hits stores this Friday.

“A lot of people questioned and doubted my decision to leave school,” says 24kGoldn. “They just don’t believe like I do and I really never paid them attention anyways. My laid back ‘DGAF’ tone on this song kinda represents the attitude I have towards naysayers because I dropped out of college and I’m doing more than fine. I’m ballin!”

Recorded over the past year, the DROPPED OUTTA COLLEGE EP tells the story of Goldn’s life as a budding artist and a college student at USC, exploring the emotions, relationships, and desires he felt at the time. With production from the likes of D.A. Doman and Black Mayo, the EP vacillates from strutting trap on tracks like “THE GRAM,” to bouncy alt-rock on “CITY OF ANGELS,” to breezy summertime pop on “BEEN HERE BEFORE.” Though the EP hops from genre to genre, the 19-year-old artist is always convincing, buoyed by his powerful pipes, which can convey outrageous confidence and frayed vulnerability in equal measure. Hosting previously released singles like “A LOT TO LOSE,” “GAMES ON YOUR PHONE,” and the viral hit “VALENTINO,” which made its debut on the Billboard Hot 100 this week (#92), the DROPPED OUTTA COLLEGE EP arrives on November 22nd via RECORDS, LLC/Columbia Records. 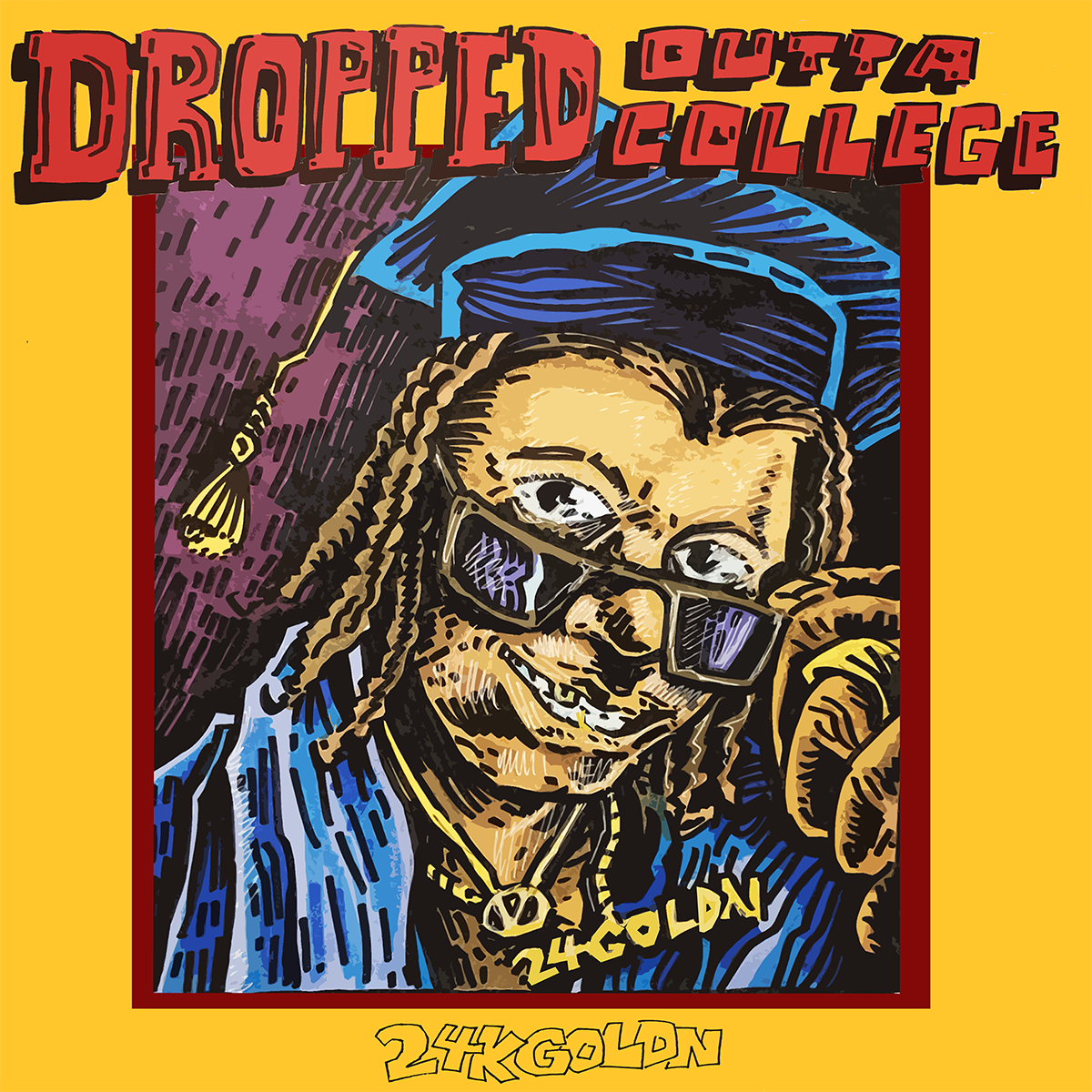 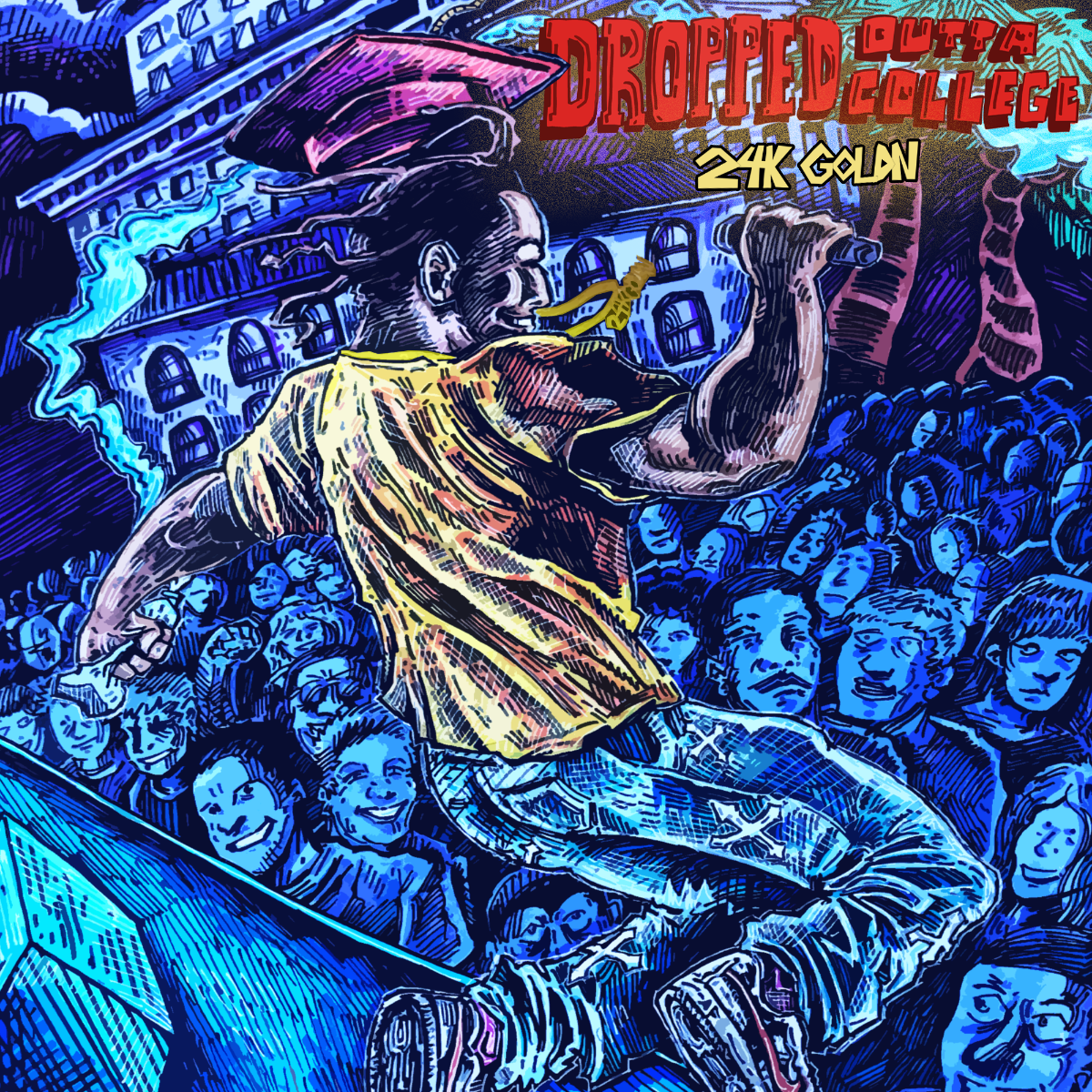 Every decade, music fans are gifted a prodigy with a talent and vision transcendent of their age, from Pharrell Williams to Tyler the Creator. The next generation arrives courtesy of RECORDS LLC., San Francisco native, 24kGoldn is an 19-year-old rapper, singer and arranger who already possesses the adventurous delivery of a Young Thug and song craftsmanship of Future. His debut EP DROPPED OUTTA COLLEGE releases on November 22nd.

“GAMES ON YOUR PHONE”: https://24KGoldn.lnk.to/GamesOnYourPhonePR/youtube

“A LOT TO LOSE”: https://smarturl.it/24kgoldnalottolose?IQid=PR