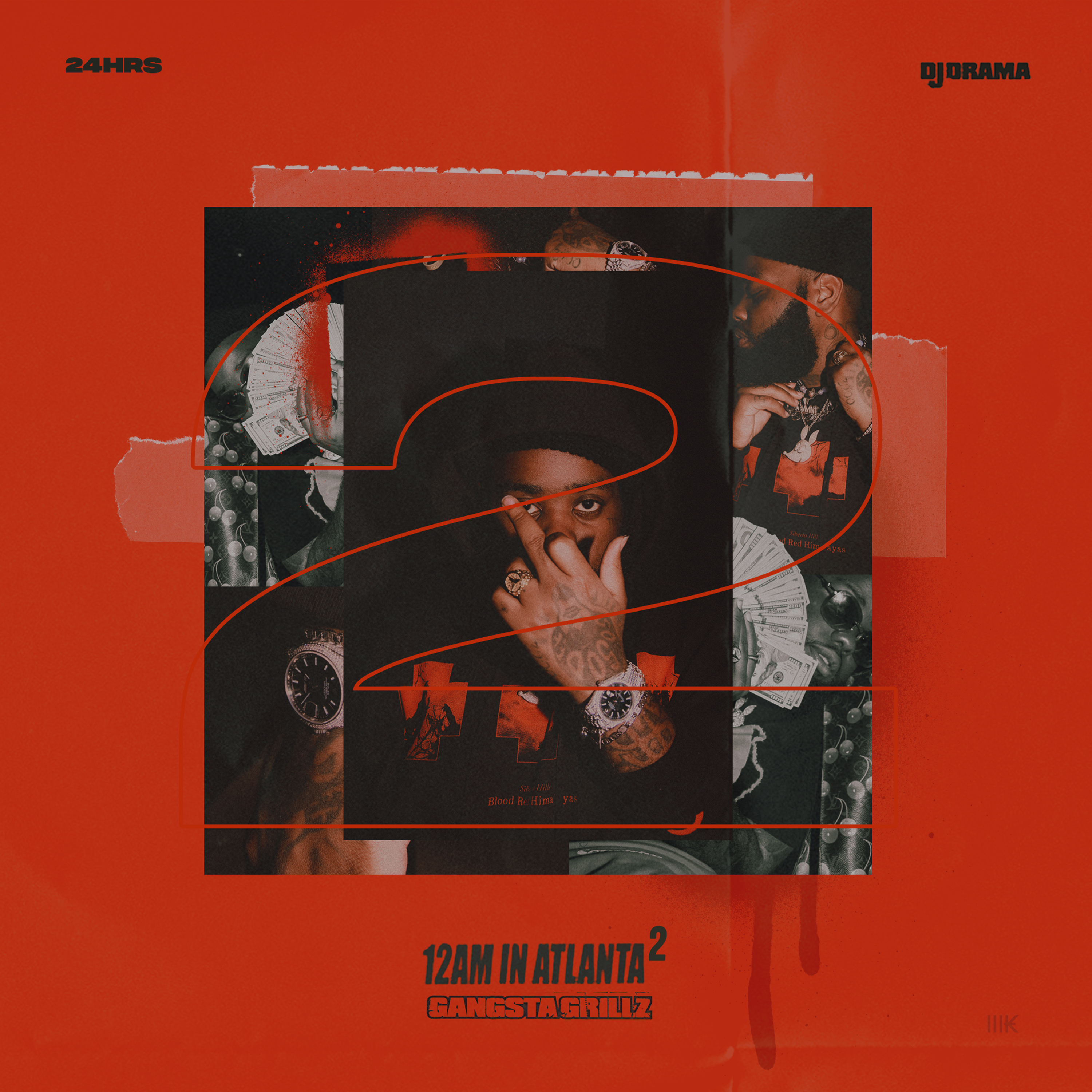 Though he’s known for his pitch-shifted rhymes about his life of luxury, 24hrs had to fight for every cent he’s earned. Holing up in Atlanta and reflecting on his less-lavish youth, 24hrs shares “Cheap Phones,” his new video. Emoting atop a glistening instrumental from Beat Monsta, complete with twinkling piano and a dynamic ascending bassline, 24hrs rhymes from the perspective of his pre-fame self, reminiscing about the days when he couldn’t afford an iPhone (he used Nextel and Boost Mobile) and couldn’t even conceive of the riches he now experiences every day. In the video, 24hrs maxes on a traphouse porch with guest rapper Seddy Hendrix, as cutout animation brings the pair’s lyrics to life. “Cheap Phones” is the latest video from 12 AM In Atlanta 2, his new mixtape, hosted by DJ Drama, following the neon-lit clip for the rich-life anthem “Selfies.”

The sequel to his popular 2017 mixtape, 12 AM In Atlanta 2 finds spinning candy-coated flows over a set of sparkling and spectral beats from the likes of Don Cannon, DJ Marc B, Slick La Flare, and more. The Private Club Records CEO spends much of the mixtape finding creative ways to flex on his favorite things–most notably, sex, jewels, and cars–but leaves plenty of space for the artist to reflect on his come-up (“Cheap Phone”) and to delve into his special relationship with his home city (“Phipps Plaza,” “Love Atlanta”). Just before he dropped the project, 24hrs shared a making-of documentary that outlined the creative process behind the album and revealed secrets about the rapper’s career origins. Featuring appearances from Young Nudy, Wiz Khalifa, 24’s brother MadeinTYO, K CAMP, Lil Scrappy, Kap G, Nessly, Guap Tarantino, Seddy Hendrix, and CashOnly, 12 AM In Atlanta 2 is available everywhere via Private Club Records/Rostrum Records.

Watch 12 AM In Atlanta 2 documentary: https://youtu.be/NmzCyAJqfjY

Formerly a rapper performing as Royce Rizzy, 24hrs found a new sound when he accidentally sped up one of his more melodic tracks, revealing a high-pitched and hooky new voice. Adopting the new vocal approach and shrouding his identity in mystery, 24hrs started to pick up momentum in 2016, earning praise from the likes of Pigeons & Planes and The FADER, and building a huge fanbase on SoundCloud. Since then, 24hrs developed a reputation for bright sonics, flashy lyrics, and endless hooks, winning a massive fan in Ty Dolla $ign and collaborating with the likes of Wiz Khalifa, Rick Ross, Young Thug, Wale, and Machine Gun Kelly, and growing his musical rapport with his brother MadeInTYO. In 2020, the artist is currently preparing to release 12 AM In Atlanta 2, a sequel to a 2017 DJ Drama-hosted mixtape. Stay tuned for the new project, coming April 10th via Private Club Records / Rostrum.

12 AM In Atlanta 2 documentary: https://youtu.be/NmzCyAJqfjY