The ATL Singer Gives the Visual Treatment to the Introductory Track from Houses On The Hill, His Debut Studio Album

Rap’s most reliable purveyor of high-pitched hooks, singer 24hrs’ music sounds like the future. Holing up in his studio with money and models, 24 shares “Family & Money,” his latest video. Anchored by a cinematic instrumental from Hit-Boy, who provides celebratory horn stabs, melancholy synths, and a rumbling low-end, “Family & Money” is a mission statement for 24, striking a nice lyrical balance between his love of luxury cars and clothes with his deep loyalty to his family. In the video, 24hrs glows up in yellow-tinted life, counting and throwing thousands of dollars in the air in the company of gorgeous models, as he roasts a blunt and coifs his afro. “Family & Money” is the opening track from Houses On The Hill, 24’s debut studio album, released in November.

Executive produced by super-producer Hit-Boy (Jay-Z, Kanye West, Kendrick Lamar) and Ty Dolla $ign, Houses On The Hill is a glistening soundscape, alternating high definition riders’ anthems, ideal for top down cruising, with sensitive bedroom jams. Though 24hrs traces his roots to Atlanta, Houses On The Hill reflects 24’s new life on the West Coast, the perfect complement to the Pacific Ocean breeze and Cali kush. The new album boasts the hot single “Lie Detector,” which features a guest turn from Lil Pump and has over 10.3 million plays on Spotify, as well as the Caribbean-inflected “Met Gala,” featuring PnB Rock, and the cavernous throwback “No Signal,” featuring Roy Wood$. Featuring additional appearances from Ty Dolla $ign, 24’s younger brother MadeInTYO, YG, Smokepurpp, Dom Kennedy, Vic Mensa, and Jay 305, Houses On The Hill is currently available for stream and purchase.

Buy/Stream Houses On The Hill: https://24hrs.lnk.to/HousesOnTheHillPR

Houses On The Hill tracklist: 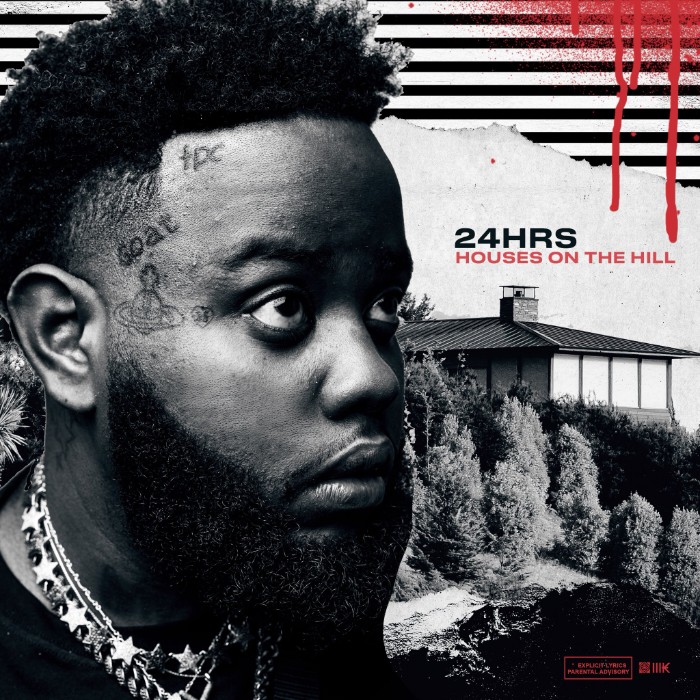 Houses On The Hill: https://24hrs.lnk.to/HousesOnTheHillPR