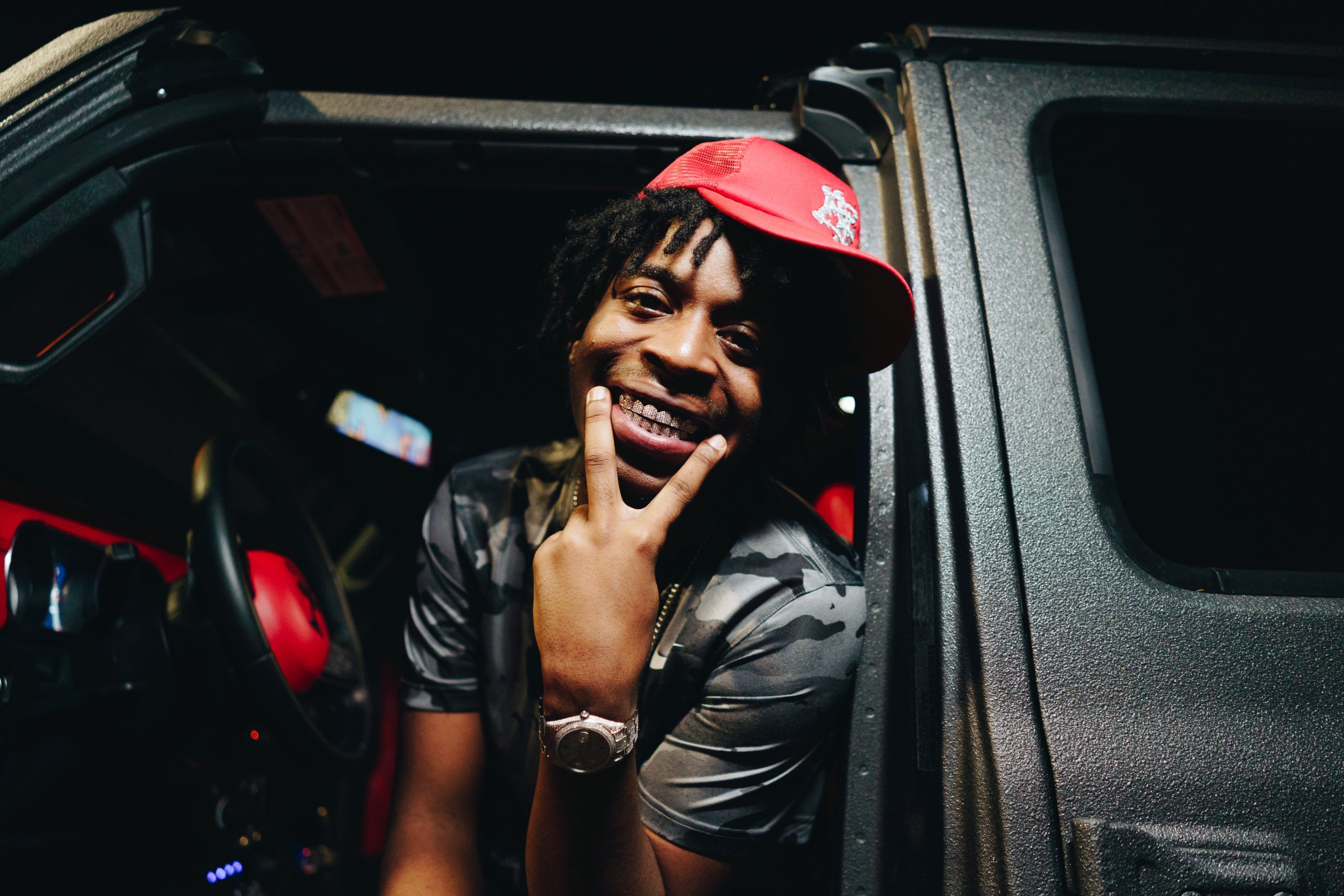 YN Jay is a restless creative, pushing himself forward with every release. Switching up his style while maintaining his signature way with words, YN Jay shares “Ashtray,” his latest video single. Forsaking his usual sing-song flow for taffy-like auto-tuned melodies, Jay takes it slow on “Ashtray,” peppering burbling ad-libs in between his aspirational bars: “How the hell I get in first, I was in last place/It feel like we’re movin’ very slow but in a fast pace/Coulda been rich but I didn’t listen to what my dad say.” In the DPVisuals-directed video, YN Jay posts up in front of a convenient store, showing off his “Coochie Man” chain as he interacts with the locals. “Ashtray” is continues a flurry of high-quality videos from the rapper, including last week’s  “The Fawk Up,” a collaboration with Louie Ray, and  “Coochie Language,” released earlier this month and praised by HotNewHipHop.

YN Jay proved that his viral 2020 success was no fluke with a prolific 2021, featuring multiple TikTok trends and an acclaimed full-length project. YN Jay trended on TikTok earlier this year with his “Triple S,” another collaboration Louie Ray. The latest in a long line of viral TikTok hits by the “Coochie Man,” “Triple S” has inspired over 450k video views on multiple sounds–one that taps into Jay’s unique mic presence and expressive ad-libs, and another that highlights his witty lyricism–has earned over 12 million Spotify streams, and made its way onto Spotify’s U.S. Viral 50 chart. Jay’s single “Big Hoes” is his latest to trend on TikTok, recently being used in a video by Lizzo that generated over 7.4 million video views, and his single “Kakashi,” a track from his February album Ninja Warrior, inspired over 96k video creations on the platform. Earning coverage from Pitchfork, Entertainment Weekly, and Mic, and featuring collaborations with Lil Yachty, Sada Baby, and more, Ninja Warrior is available to stream on all platforms.

Driven to take rap seriously after his older brother died, YN Jay quickly started to build a reputation as one of the most colorful characters in a hometown Flint scene populated almost exclusively by colorful characters. He started to get mainstream notice with his single “Coochie,” from his project Coochie Land, which introduced the world to Jay’s one-track mind and eventually racked up over 26 million YouTube views. Jay is a nearly mythic figure on TikTok, generating millions of video creations on viral hits like “Triple S,” “Coochie,” “Coochie Land,” and “Coochie Scout,” and inspiring TikTok comedian @Nuhchez to splice YN Jay’s voice into Coolio’s “Gangsta’s Paradise” and create one of the platform’s most successful running jokes. YN Jay’s inimitable style earned him co-signs from Drake and Lil Uzi Vert, and the 22-year-old rapper is set to perform at Rolling Loud Miami 2021 in July.

Stay tuned for much more from YN Jay in the coming days and weeks.