The South Florida Phenom Returns With Another Cerebral Jam, Premiered by Pigeons and Planes Generating millions of streams and cultivating a massive local fanbase before his 20th birthday, South Florida rapper wifisfuneral is ready to hit the big time. Rocking a metronomic duple meter flow over a pressure cooker of a beat from 808 Mafia, wifi struts his stuff on “2 Step,” his latest single, closely following yesterday’s Yung Trunks-assisted “Right Back.” Confronting his demons head-on while enjoying his newfound wealth, the recent Alamo/Interscope signee demonstrates that he does not need to make his music more accessible to grow his fanbase. Premiered by Pigeons and Planes, “2 Step” is another bite-sized masterpiece from the cerebral wunderkind and a harbinger of more introspective goodness to come: “Bounce with that check/2 steppin’ with my best, aye.”

A major player in a South Florida rap scene that also includes XXXTentacion and Ski Mask the Slump God, wifisfuneral’s latest album When Hell Falls debuted at #17 on the iTunes Hip-Hop Chart in January. His follow-up single, the somber and reflective “wya?,” has amassed over 850,000 streams in just over one month, after being released at the request of wifi’s Twitter followers when he asked them to “Tweet #wya if u want a new song.” Carrying his momentum into SXSW, wifisfuneral performed seven showcases during a five day span and became the first artist to land a record deal at SXSW when he signed with Todd Moscowitz‘s newest venture, Alamo Records/Interscope. wifisfuneral first gained notoriety with his 2016 mixtape Black Heart Revenge. Charting at #69 on the iTunes Hip-Hop chart with little promotion, the album led to last summer’s Black Heart Revenge Tour, wifi’s first headlining national tour. Catch wifi at the upcoming Rolling Loud festival in Miami this May, alongside Kendrick Lamar, Future, Lil Wayne, and more, and on tour in Europe with Keith Ape starting this week.

Check out the Pigeons and Planes premiere: http://pigeonsandplanes.com/music/2017/04/wifisfuneral-2-step 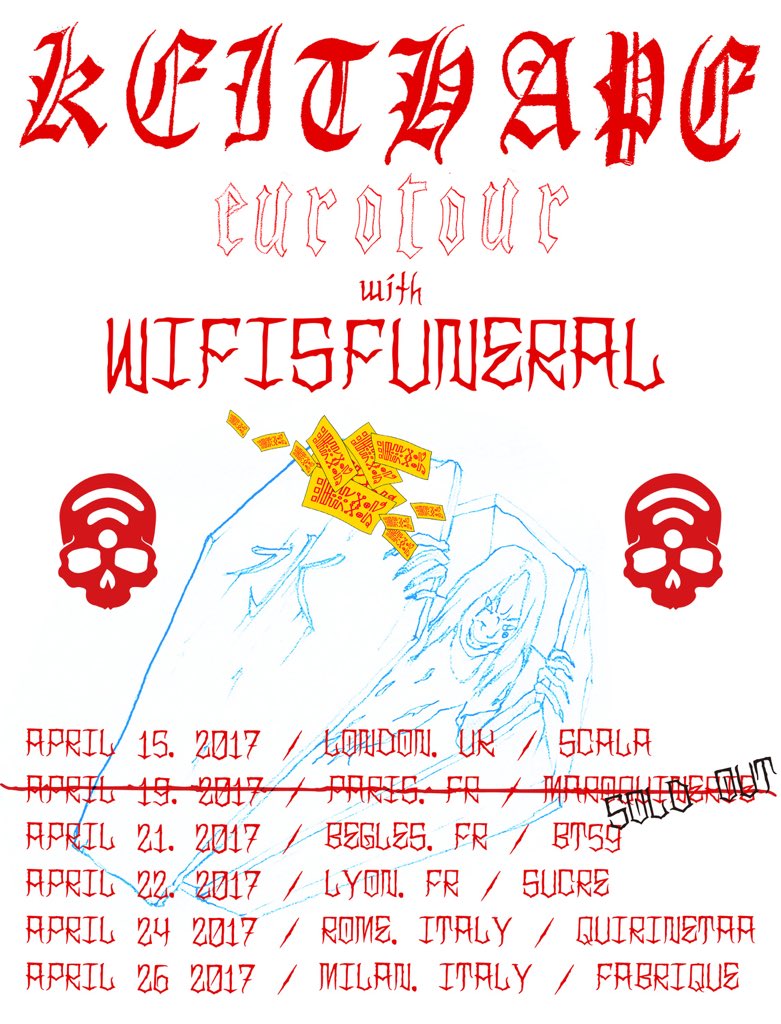