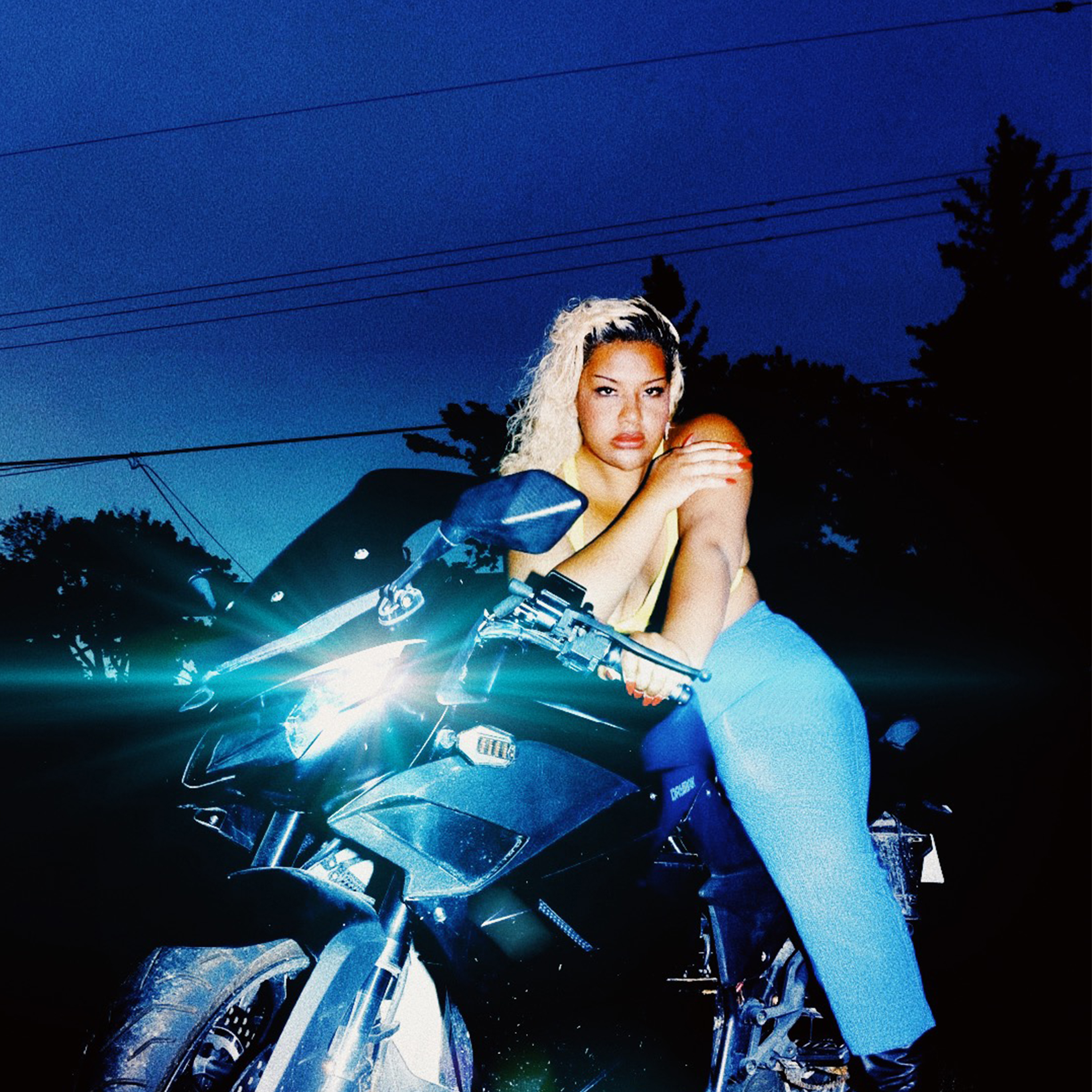 “Prado’s sound is unapologetically dynamic, which can be best illustrated after examining her portfolio of musical influences and eclectic taste…With pitch bends and tones that appear in between notes, Prado pulls off the unlikely pairing of R&B with the dreamy resonance of Mac Demarco, fiercely testing the bounds of genres. With an insightful ear, Prado has successfully reformulated some of the best moments of today’s music in her own way. Her lyrics remain a true reflection of her strongest personality traits – vulnerable and fearless.” – Red Bull

“Captivatingly sweet with an edge of sardonic humor, Prado’s power lies in her dynamic musical instincts, savvy songwriting skills, and unwavering ‘do as I will’ energy that will inspire your next Instagram caption. She’s badass, she’s outspoken and, with STRIP, she’s ready to take down anyone in her way.” – ELEVATOR

Eager to make her mark on the music world after perfecting her craft for years behind the scenes, tmwrk records artist Prado shares STRIP, a double-single featuring new songs “STEPHEN” and “DRIP.” Fusing elements of pop, rap, R&B, shoegaze, and electronic music into an invigorating cocktail, the new single bursts with inventive melodic and sonic ideas, complete with incisive lyrics, purpose-built for Instagram captions.

An atmospheric, hook-filled banger that stresses the importance of self-expression, “STEPHEN” supports Prado’s feather-light vocals with ghostly vocal samples and heavy synth sounds. Tired of worrying about what people think about her, Prado uses “STEPHEN” to upend dainty stereotypes about feminine behavior, as she resolves to stop acting “sweet” and say what’s really on her mind: “I don’t give a f*ck if you like me, Stephen,” says Prado to the song’s titular character. Directed by Lester Lyons-Hookham, the new video for “STEPHEN” begins in the forest, as Prado quietly reflects on her past. As the sampled sound of an assault rifle heralds the beat drop, Prado quickly turns defiant, brandishing her manicured nails before doing donuts in a BMW with her girls.

“DRIP,” the second single, draws its power from Prado’s infectious attitude and expert songwriting. Kicking off with airy guitar, detuned electric keys, and Prado’s angelic falsetto, “DRIP” quickly reveals itself to be a bad b*tch anthem, filled with mantra-like pronouncements that double as advice for living a confident and care-free life: “Boss b*tch, drip down, got rich, early morning, I am that b*tch.”

“‘STEPHEN’ and ‘DRIP’ hand in hand are the thesis statements to my life. I’m a mouthy person and I think girls are expected to be perfect when in reality it’s like yes, perfection in powerful ways and not the ways you might expect or deem acceptable. Dudes like Stephen just have to get used to it. The whole energy put into the creation of the track was chaotic and heartfelt with me and the girls in ways that I feel only feminine entities will be able to understand. There are many ways where ultimately Stephen is an outrageous banger bout a b*tch who hates Stephen and has a bomb p*ssy. I don’t even say ‘F*ck Stephen’ I said ‘I don’t give a f*ck if you like me, Stephen.’” – Prado

Inspired by influences as diverse as Björk, Lady Gaga, and Gucci Mane, Prado is a self-taught songwriter, producer, and multi-instrumentalist. The Vancouver native’s early music garnered praise from Red Bull and SOCAN, and caught the attention of Skrillex’s OWSLA label. Using the pen name AlienKanye, Prado released a steady stream of energetic singles and EPs on SoundCloud,  and wrote songs for artists across the genre spectrum. Now signed to tmwrk records, Prado is ready to show the world the full breadth of her talents and re-shape the pop charts in her own image.

The “Stephen” video was created thanks to the generous support of the MVP Project, a joint initiative of RBCxMusic and the Prism Prize (administered by the Academy of Canadian Cinema & Television).

Prado converts manic energy into magic. The Vancouver-born and Los Angeles-based singer, songwriter, multi-instrumentalist, and producer will turn on a dime from sweet to sadistic before doubling back all over again. (If Lana Del Rey, Gwen Stefani, and Lil Uzi Vert got high together in a recording studio, it might sound something like her!) Inspired by everything from Björk and Lady Gaga to Gucci Mane, she bought a guitar in high school, learned how to produce, and posted her earliest recordings of “hella bad love songs” to Twitter and Soundcloud. Releasing music at a prolific pace, she dropped a trio of EPs: Friction [2014], Dark One [2015], and Tru Love [2015]. Along the way, she caught the attention of the OWSLA crew and lent her pen to various artists under the moniker of AlienKanye throughout high school. Introducing herself properly on her 2021 debut EP for tmwrk records, she flips genre upside down once and for all with a big smirk.