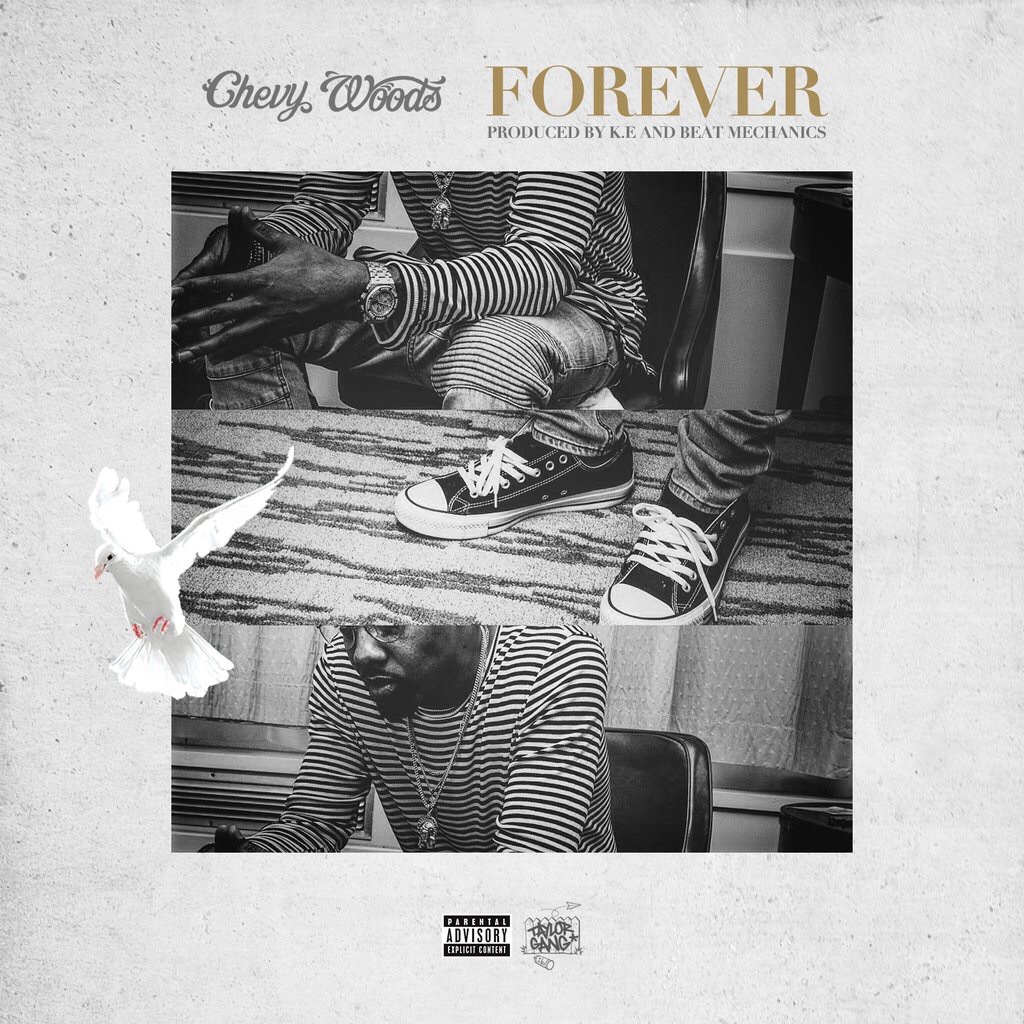 Taylor Gang Ent. rapper Chevy Woods celebrates his birthday today showing appreciation for the fans with a new loose single, “Forever.” With trunk-rattling production by K.E and Beat Mechanics, Woods rhymes atop menacing strings and boasts about beating the odds, rapping “I ain’t finish school, from the school of hard knocks, make more money than the teachers too.”  “Forever” follows Chevy Woods’ And the Story Goes…, a 4-part video EP that begins with the Pittsburgh rapper reflecting on his adolescence and contemplating career paths. Featuring Styles P and Dave East, the project’s final track found Woods embracing successes from I.D. Labs recording studio where he and Wiz Khalifa met and began harnessing their talent as independent artists in the mid 2000’s while tying in clips from a vibrant hometown performance. Directed by Wiley Films, the EP released as a free download via Taylor Gang Ent.

Chevy Woods is gearing up for an album release later this year. In addition to this latest loosie, “Forever,” he recently teamed up with buzzing Atlanta rapper Rich the Kid for “Wit My Dogs,” a Nard & B.-produced anthem for celebrating with the homies. As Wiz Khalifa’s OG, Woods delivers a relatable scenario atop poignant production that hustlers and aspiring anythings can grasp – keep your eyes on the prize, stay focused, and never consider losing an option. The aforementioned And the Story Goes… EP was a follow-up to last year’s The 48 Hunnid Project, where Woods teamed up with DeJ Loaf, Post Malone, OG Maco, and Rico Love. Having picked up momentum with the recent string of loose singles and his collection of freestyles titled The Freemix, fans can expect big things from Woods in the coming months.