The Berkeley Rapper Shares a New Calmatic-Directed Video For a Highlight From His Acclaimed Real Person Album, Debuting With an Interview By Pigeons & Planes

“Caleborate is the type of rapper we music journalists hope to find. He’s completely himself without being too far out there. He seems to be a student of the J Cole, Murs and Kendrick school of Hip Hop but keeps his flow and delivery authentic.” – Earmilk

“Berkeley, Calif.’s Caleborate is one of the best rappers in the East Bay right now.” – XXL

Winning fans with his conversational rapping style and underdog charisma, Caleborate is one of the most promising emcees in the Bay Area. Breathing life into a highlight from his October 2017 release Real Person, Caleborate shares the kinetic and inventive video for “Bankrobber.” Released on (Dead) President’s Day (“First off, fuck Donald Trump/I don’t care, he ain’t my president”), the video emphasizes the song’s themes about being true to yourself and getting money by any means necessary. Directed by Calmatic (Kendrick Lamar, Anderson .Paak, The Internet) and produced by APLUS FILMZ (Schoolboy Q, Isaiah Rashad, Flatbush Zombies), Caleborate’s new video is an exploration of the different sides of the rapper’s personality. Inspired by Alanis Morissette’s video for “Ironic,” each side of his personality is represented by the rapper wearing a different outfit, with creative camera angles allowing the different Caleborates to interact. Premiered on TV with BET Jams and online with Pigeons & Planes, the video for “Bankrobber” follows “Soul (Remix),” a new version of the most popular track off Real Person with a verse from Big K.R.I.T., debuted by Complex last month.

The follow-up to 2016’s autobiographical 1993, Real Person represents the next chapter in Caleborate’s underdog story, with songs that focus the young rapper’s problems into sharp relief. The project finds the burgeoning 24-year-old confronting his relationships, his career goals, the current presidential administration, and his struggle breaking through to the mainstream despite his superlative talent. Featuring production from Ian McKee, Lege Kale, Chonchies, Drew Banga, and Willem Ardui, and guest appearances from 1-O.A.K. and Donte Thomas, Real Person is an accomplished and mature effort, bursting with pathos and brimming with head-nodding instrumentals.

Check out the premiere and interview at Pigeons & Planes: http://pigeonsandplanes.com/interviews/2018/02/caleborate-interview 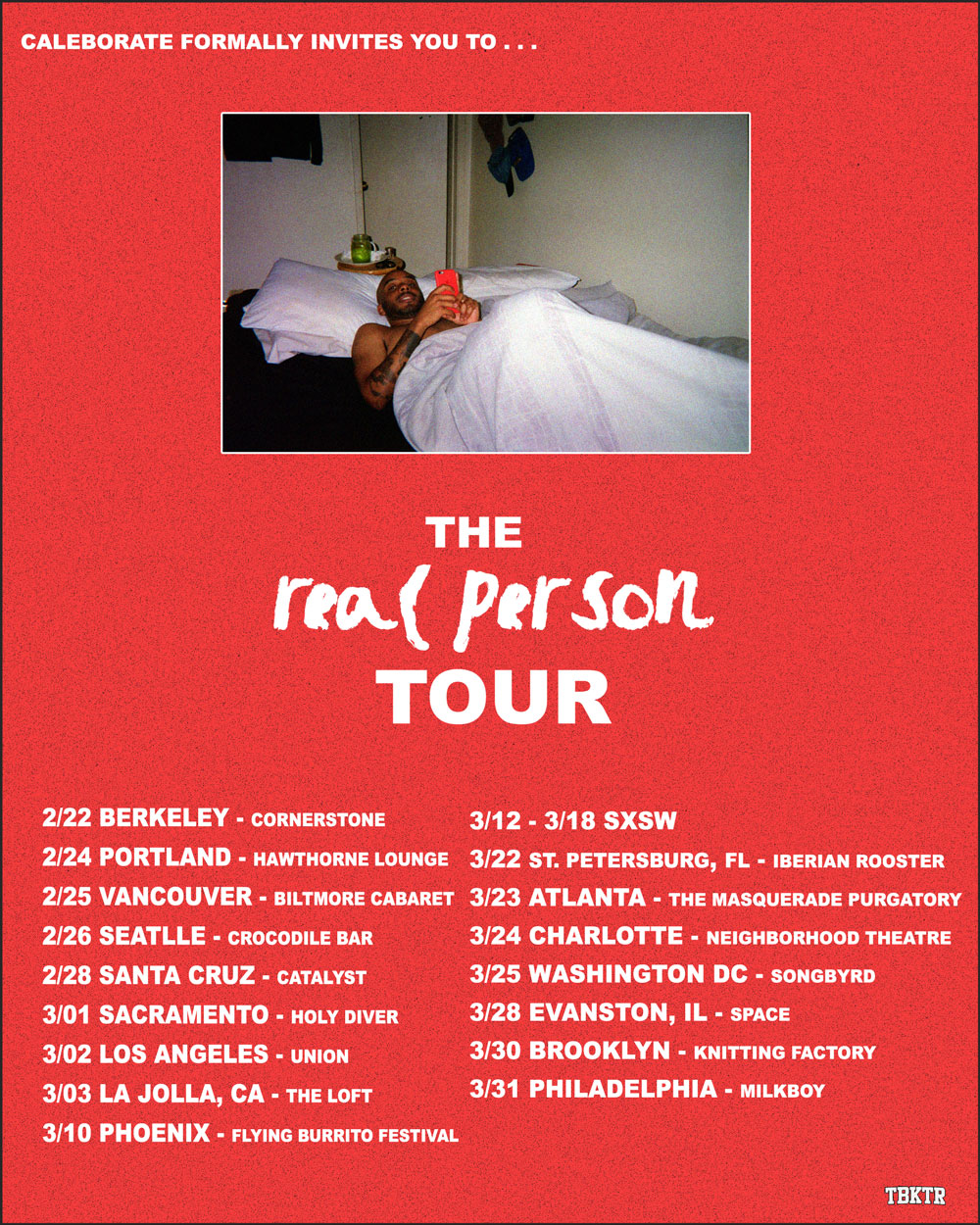