The Drummer Gang Rapper and the Producer/Drummer Share “Cellout,” the Project’s Laid Back Lead Single 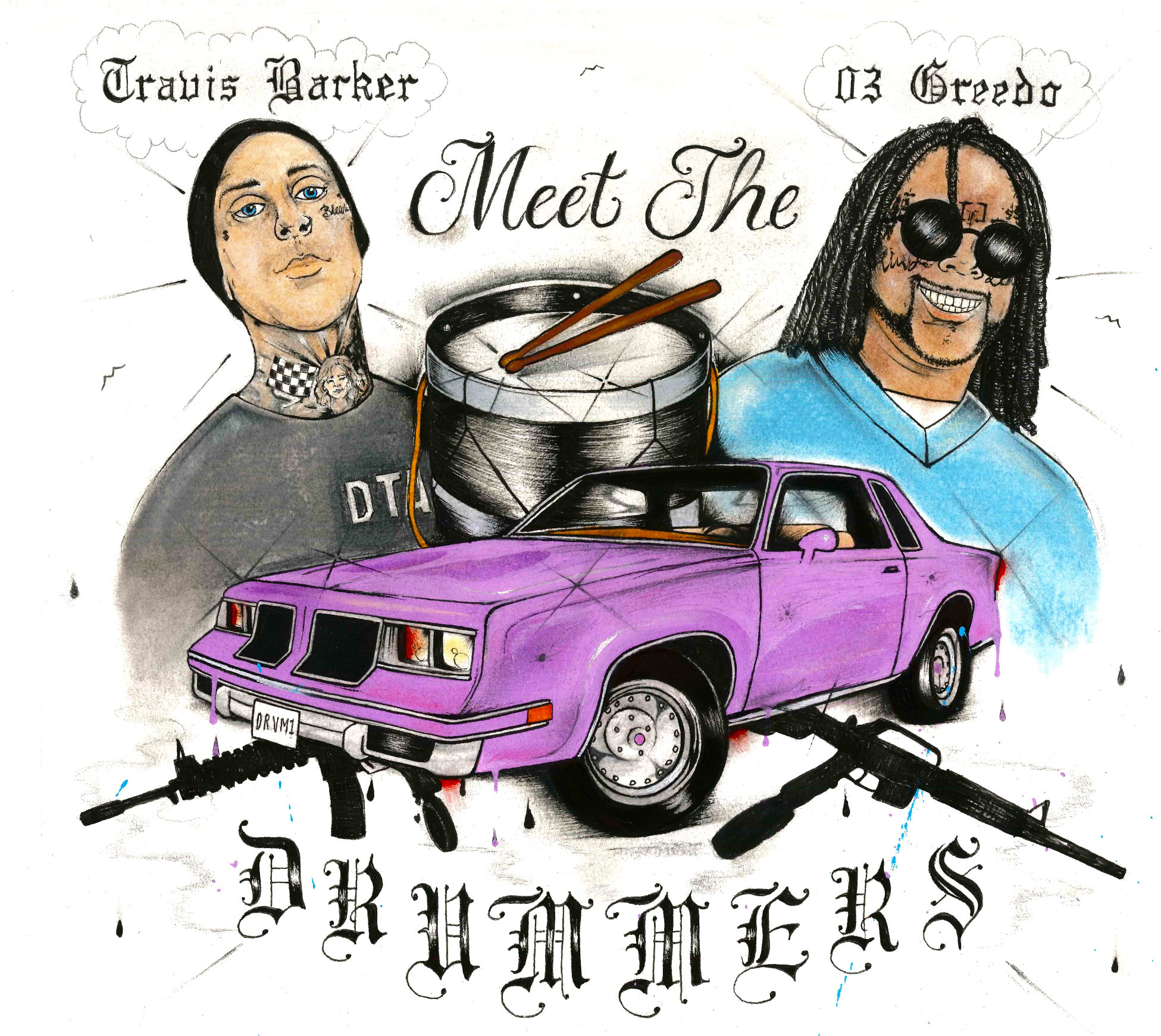 One of the most open-minded and versatile emcees around, 03 Greedo’s recent output finds the Watts native in a collaborative spirit, releasing projects with Mustard and Nef The Pharaoh. Today, Greedo adds a new collaborator to his list: drummer and producer Travis Barker. Connecting for a 5-track EP, Greedo and Travis announce Meet The Drummers. Meeting halfway between their respective styles, Greedo wields his inimitable vocal style above Barker’s thudding percussion and bright synths. Titled after Greedo’s crew The Drummer Gang and Travis Barker’s status as one of music’s most respected percussionists, Meet The Drummers arrives this Friday, July 5th via Alamo Records.

To accompany the announcement of the EP, 03 Greedo and Travis Barker share “Cellout,” the project’s lead single. Populated by Barker’s brightly-chiming synths and thunderous bass, “Cellout” finds Greedo alternating declarative bars with warbling melody, locking into the snapping snares and commenting on how his imprisonment can’t stop his hustle: “So much work, keep weighin’, think the scale off/N****s out here broke steady fakin’ like they well off/Don’t let me go to jail and then get out and heard you fell off/I’ma pull these calendars inside the dirty cell off.” The single is an iTunes instant gratification single and is available ahead of the EP’s release this Friday.

Growing up in extreme poverty in the Central L.A. city of Watts, 03 Greedo rose to prominence in late 2017 on the back of cult hits like “Mafia Business.” Last year, Greedo’s unique sound reached a national audience, as he flashed his supernatural rhyming ability on the mixtape The Wolf of Grape Street and flexed his artistic muscles on the 27-track God Level, which boasts the Lil Uzi Vert-featuring “Never Bend” (Remix). In April, Greedo released the Noisey-produced documentary Project Genius: The Story of 03 Greedo, which chronicles his rise and his importance to his Watts community. Earlier this year, Greedo shared  Still Summer In The Projects, produced and executive-produced by Mustard, hosting two well-received singles: the Rolling Stone-premiered strip-club anthem “Wasted,” and the Billboard– and The FADER-premiered breezy windows-down jam “Trap House,” which Pitchfork called “a song that should have Greedo’s presence felt this summer.” Featuring appearances from YG, Shoreline Mafia, and Trilliano, Still Summer In The Projects is available to stream everywhere via Alamo/Interscope.

Travis Barker, one of music’s most prolific names, continues to explore genres and mediums ranging from punk rock to hip hop and pop. Previously working with the likes of RZA, Ty Dolla $ign, Run The Jewels, Kid Cudi, Trippie Redd, Halsey, and more. He recently collaborated with Lil Nas X on “F9mily,” a track from the “Old Town Road” artist’s 7 EP.